How To Be Free From Views And Words 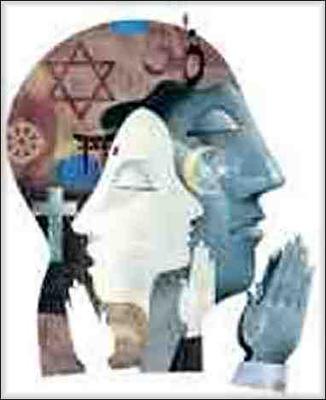 However, there is another meaning that places greater emphasis on the word beyond, and that is to suggest something that is the other side of belief. Or, in other words, something that transcends belief, and this is the meaning that I am ascribing to the phrase in this short article.

Beyond Beliefs - The Suffering Inflicted On Those Who Do Not Agree

The suffering inflicted on the "others", those not like me, non-believers and heretics

Beyond Beliefs To Balance

The Buddha had something to say about clinging to views, opinions & beliefs.

Non-attachment to things, people and concepts due to their impermanence is a fundamental Dhamma teaching.

The Buddha offered guidance on how we should handle beliefs in the Alagaddupama Sutta: The Water-Snake Simile which he follows with the simile of the raft.

The essence of the teaching is that we should grasp or hold onto the Dhamma [belief] as though it was a raft taking us across a river, our grip on the raft is analogous to holding a water snake properly so that it can not bite you, and to be let go on reaching the safety of the further shore. Thus:

The teachings, the beliefs, are there to serve a purpose and to be released when that purpose is served.

This video provides a useful explanation of the Buddha's teaching on clinging to views. (If you scroll down and read the comments by "Oxcb" on 19 Oct 2017 he/she observes that in his introductory comments the presenter unintentionally sets the viewer up to form an attachment and a liking for the perspective he is offering!)

The Erroneous View That Thought Can Encapsulate Reality Or Truth

Eckhart Tolle has said that:

Dogmas are collective conceptual prisons. And the strange things is that people love their prison cells because they give them a sense of security and a false sense of 'I know'.

Nothing has inflicted more suffering on humanity than its dogmas.

It is true that every dogma crumbles sooner or later, because reality will eventually disclose its falseness; however, unless the basic delusion of it is seen for what it is, it will be replaced by others.

What is the basic delusion? Identification with thought."

Beyond Beliefs - The Limitations Of Language

In "Lost For Words" we discussed how:

- The limitations of language and how the very structure of our language causes us to identify with "my view" and reinforces the sense that our concept of what is real is real, when it isn’t.

- The concepts we employ, the categorizations we apply and the words we choose and use to articulate a direct experience put us in a double bind, because for all that we gain by being able to speak about an experience we lose an equal if not greater amount of the full meaning of that experience by the very process of speaking it.

- There is always a context, and framing, in our choice and use of words. For example, what I mean to say to you in this article and what you hear may not be the same thing!

"Families and societies have been divided, countless wars have been fought, millions of lives have been lost, over the meaning and interpretation of words."

"You don’t need to be Buddhist in order to think with understanding and love.

You don’t need to be Buddhist in order to say something nice, full of compassion.

So we say that the five mindfulness trainings are global ethics, for Buddhists and non-Buddhists.

The mindfulness practices are very concrete.

You cannot talk about them; you have to live them."

Return from "Beyond Beliefs" to: What Is Spirituality?