The Power Of One More

Life is non-linear, which makes the rewards of continued effort disproportionately big. 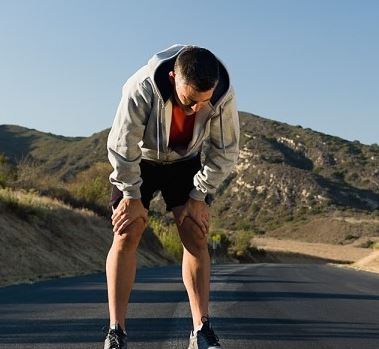 The Context of Going The Extra Mile

The origin of the phrase "going the extra mile" is said to be from the sayings of Jesus in the "sermon on the mount". At that time Palestine was under Roman occupation and a Roman soldier could legally impress a local Israeli citizen to carry his kit bag [weighing about 60kg] for 1,000 steps which was a Roman mile. Jesus was telling his followers to offer to carry the kit bag for a further 1,000 steps. Various commentators have offered differing interpretations as to Jesus's intended meaning.

The modern colloquial use of the phrase suggests making a special effort, going beyond what is expected of you to accomplish something. It is frequently used in the context of customer service.

In this article I want to move beyond the conventional meaning that applies to a one-time action and apply this to the very specific context of the pursuit of a long term goal which require you to go countless extra miles to set yourself up for a long term success.

The Power of One More

There are many motivational books that offer a wide range of strategies to enable you to make that extra special effort. The latest to join this illustrious roster is Ed Mylett with "The Power Of One More".

“You're a lot closer to changing your life than you think. You’re one more meeting, one more relationship, one more decision, one more action, or one more thought from leading the life you deserve.”

He offers 3 "one more" thinking strategies to help you find the strength to take one more swing at a change you’re trying to make.

You can download a free one page summary of these 3 key points from the book courtesy of Nathan Lozeron of Productivity Game.

I have no issue with any of this and I think Mylett makes some constructive points.

But in this article I want to address 2 key questions that, like the proverbial elephant in the room, lurk behind these tough and sweat inducing efforts to go the extra mile and unleash the power of one more:

[1] How and why can I have any confidence that it is worth making these continued efforts?

I have found the work of Nassim Taleb particularly helpful in gaining some insight into chance and probability from a statistical perspective with his insights based on his 21 years as a successful quantitative  trader.

Taleb explains that the reason why much of life is non-linear is path dependence - i.e. what has worked before will not necessarily work again - so if you keep on doing the same things over and over as you have before it does not guarantee a predictable result. Conversely if you started out at the same point again, with no dependence on what has gone before, you would likely do it differently and get a different result.

But when there is a non-linear relationship between the steps and their impact and, at some unknown and indeterminate point, a tipping point is reached and a significant and often unstoppable effect or change takes place then this makes the rewards of going the extra mile  disproportionately big.

The first step in the long game is the most difficult and negative.

You have to be willing to suffer today in order to reap enormous rewards tomorrow.

Going the extra mile in the long game is so hard to play because it involves taking a series of very small steps, that people rarely see,  persistently and consistently over a long period of time to reach an enormous and visible outcome.

Here are 7 proven strategies, with resources, for playing the long game:

Going The Extra Mile And Knowing When to Bail

In going the extra mile in the pursuit of a long term goal there always comes a point when you will ask yourself whether the pain of putting up with the tough times is worth the benefit of the light at the end of the tunnel.

The 3 key questions for knowing when to quit:

The Road Less Traveled - In this article I have outlined in some detail many of my own experiences in playing the long game. I have shared what these issues are and how best to deal with them. The article closes with  further experience based material to read together with extensive resources.

Embrace Your Fear Of Failure And Uncertainty - Here we explore how success is the exception rather than the rule and put fear of failure into perspective with 2 simple but powerful strategies that I use.  These will enable you to embrace your fear of failure and your underlying fear of uncertainty.

Ed Mylett - The Power Of One More

Next Article: Tao Te Ching - How To Be Lived By The Tao

Return from "Going The Extra Mile" to: Walking The Talk