Dealing With The Toxicity Of Online Dating

6 Key Tips From A Clinical Psychologist 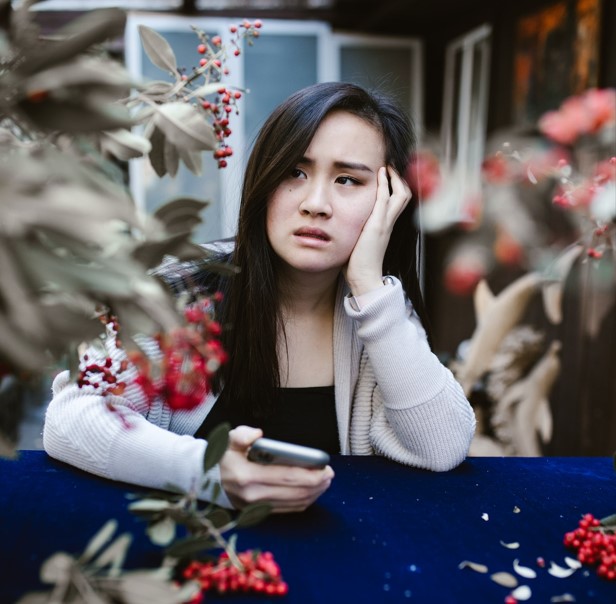 I first became aware of the toxicity of online dating recently, when my daughter, Tansy, and I were away on a short break and she was telling me about some of her experiences of online dating.

Tansy is 36 years old and I am 68 so our experiences reflect the generational gap.

I have never personally used a dating site but I have a number of friends and associates who have done, and who have met their long term partner this way.

After an intensive period of completing her applied doctorate in clinical psychology and taking over as chair of the board of trustees of a charity Tansy re-entered the dating scene a couple of years ago and was using a number of online dating apps.

Tansy is a sociable woman with many female and male friends and has demonstrable social skills, and is worldly-wise.  I say this because I was appalled at the experiences she shared with me and specifically at the unbelievable behaviour of the guys she was connecting with, who were in their mid to late thirties and well educated professionals.

Toxicity is the price tap of accessibility

In the early days of online dating, users were vetted and had to go through a registration process and agree to comply with a code of conduct designed to ensure that they conducted themselves in a reasonably courteous and civilised manner. But that was light years ago, back in the dim and distant days of pre-historic online dating.

Now in the post-covid era when we have all become so used to ordering just about anything online, with a home-delivery in 24-48 hours, online dating apps are increasingly popular as a quick and easy way to meet new people.

But that accessibility comes at a cost - and the price tag is the toxicity of the behaviour of so many users of these apps and the damage that can do to your emotional and psychological well being.

Why Is Online Dating So Toxic? 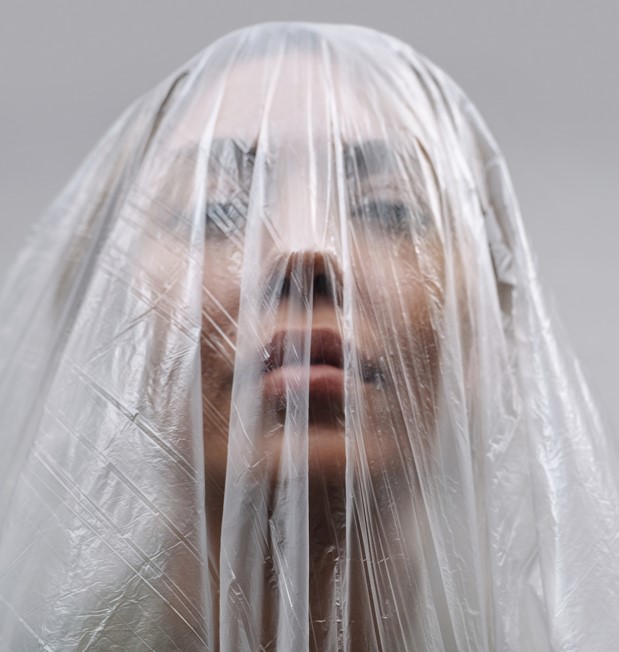 In her excellent article: Why Are Dating Apps Toxic? Tina Fey suggests a number of reasons of which the following are highlighted quotes:

Hiding behind a screen, we find that people feel bolstered to say things and act in a way they wouldn’t dream of in real life.

They’ll say rude things, they’ll call you names, they’ll totally ignore you, they’ll ask you for sex in the first 5 minutes of chatting. Whilst commonplace on online dating sites, you’d probably be pretty shocked if you encountered this anywhere else.

What’s worse is that in response we simply lower the bar of human decency. We set lower expectations of the behavior we can expect from someone online.

We tend to think of choice as a good thing. We imagine it brings us closer to finding something that is most suited to us. Something even better. But it’s not really the case.

Quite frankly our brains can’t handle a lot of choice, and it can have some negative side effects when we are faced with it.

[3] You face higher levels of rejection

Dating apps feed into our on-demand culture. We want everything now, and we don’t want to wait.

But love isn’t the same as that food you ordered from Uber Eats. It’s a more complicated process.

On dating apps we are opening ourselves up to way more unmet expectations and far more frequently than in real life.

Let’s not forget that ultimately dating apps are a business.

Let’s not be under any illusion that they’re playing matchmaker here. They are out to make money. And they do this by keeping you on the app.

It’s very easy to start to feel like a piece of meat on dating apps.

The whole format of popular applications like Tinder and Bumble is to select potential dates from a few pictures and very limited (if any at all) information on the person.

When dating becomes 2-dimensional it automatically makes it more shallow.

[6] It dents your self-esteem and messes with mental health

Countless studies have shown that dating apps expose you to more stressors. Social anxiety and depression have been linked to their usage.

One piece of research published in BMC Psychology found that people who use dating apps are indeed more likely to be depressed, anxious or feel distressed as a consequence.

Frustration, toxic connections, low self-esteem, loneliness, and disappointment. There are plenty of mental health pitfalls to fall foul of on dating apps.

6 Key Tips From A Clinical Psychologist

Dealing With The Toxicity Of Online Dating 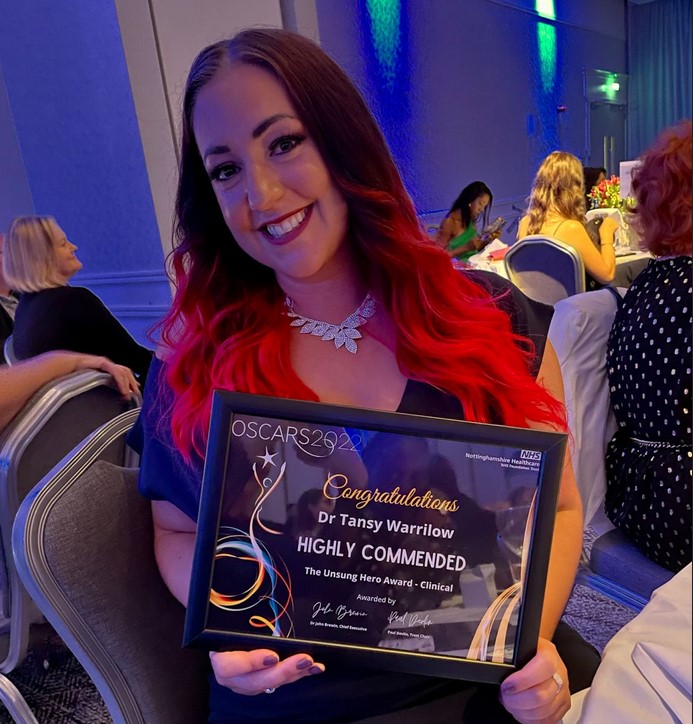 One of the key theme of this site is about learning how to think effectively because this enables you to respond better to things that happen to you, and the long term cumulative effect of your all your responses has a big impact on your health, wealth and happiness.

In online dating you obviously cannot control the other person's behaviour but you do have control over your own response to it - it is a choice.

I have asked my daughter Dr Tansy Warrilow to draw on her experiences of the toxicity of online dating and her professional expertise as a clinical psychologist to share her tips on how to use good thinking skills to:

Knowing as you did the toxicity of online dating, why did you decide to try it?

﻿I would like to mention that all of the following is in reference explicitly to a woman dating men and that men dating men, women dating women and other people on the gender spectrum may have different experiences.﻿

My life has always been busy, exciting and fun and I loved the single life. I had previously been on and off dating apps and not really taken them that seriously. Then the pandemic hit and at the end of 2020 I caught covid and was pretty poorly which triggered me to reassess my life and everything in it.

Socialising was limited then, but even when it wasn’t I realised I didn’t tend to meet men out and about and I wasn’t keen on meeting men at work.

Having had many previous online dating disasters, I went back into the world on internet dating fully aware of what was ahead of me.

What were your expectations?

My confidence in myself had increased from my previous flirtation with dating apps so I felt less daunted by the idea of dates and had clearer about what it was that I was looking for.

What were your experiences?

My experiences ranged from repeated monotonous conversations about whether I have pets and what my favourite food was to unacceptable behaviour which seemed to now be common place:

It wasn’t all bad, there were some nice men, and some that just weren’t a match.

How did you respond to this bad behaviour?

I tried to build in barriers to protect myself from the toxicity of online dating and being emotionally hurt by people I hadn’t invested in, so I would have a relatively low threshold to disengaging with men that were not behaving well.

How did you handle your own feelings and emotional responses to this bad behaviour? 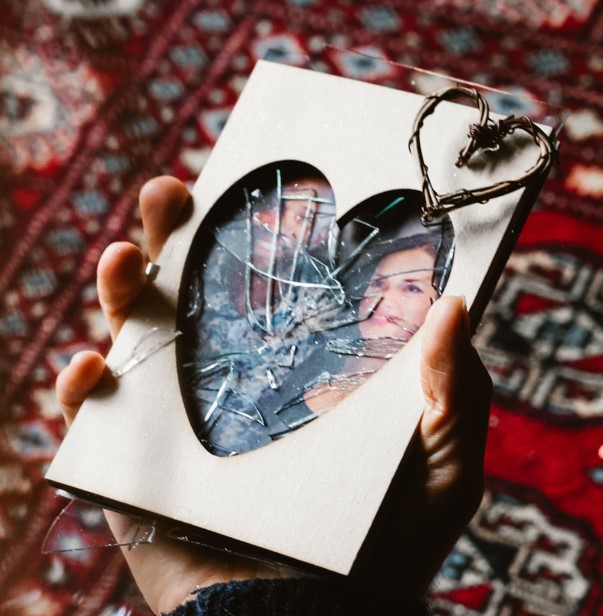 I found it very wearing and at times hopeless.

I kept myself busy so that a relationship was just part of my life, not the only goal.

I did all the things I would have liked to have done with a partner, for example I went to bonfire nights with friends, I solo travelled Rome, I saved for my dream house and watched all the classic films.

I fought my desire to hold people accountable knowing that it would only wind me up more.

Why do you think these men behaved to badly?

I think there are 3 reasons why people behave so badly when online dating:

A mix of online anonymity, excessive choice and an overall dropping of standards  means that ghosting, uninvited sexually explicit communication and a ‘hot and cold’ communication style all adds to the toxicity of online dating until it becomes common place.

After these many bad experiences how did you manage to keep going with online dating?

I managed to keep going with online dating with great difficulty!

On the one hand I loved that it gave me the hope that my opportunities were broadened and so I was more likely to meet someone but on the other, I hated the nature of it all.

I engaged with it genuinely but that it didn’t consume me or keep upsetting me.

I created some distance from it. I did this by turning off notifications from apps which meant that I would only engage with it when I chose to (rather than being exposed to messages from potential matches at all hours of the day) I would only go on the apps certain points in the day which again gave me more control.

I decided not to give out my phone number until after at least one if not two dates, that way I felt more in control of how someone could treat me and it was easier to create a level of safety if I felt someone wasn’t taking no for an answer.

Ultimately, what was the outcome? Did you meet someone you could have a relationship with?

I went on some catastrophic dates and feeling quite despondent and then got talking to someone...

I wasn’t really sure about him at first, but he was consistent, respectful and interested, he didn’t ever push any boundaries and would even check in about how I felt about things.

We eventually went on a date which went better than I could have imagined followed by several more...

Now after one year we are moving in together!

Was there a point at which you would have given up?

Potentially, I always pay close attention to my energy, I try and ensure that people/events/situations in my life either have a neutral or positive impact on me.

For example, I am currently taking a social media break, I create gentle distance from myself and colleagues or friends that have a less than neutral impact on my energy and if online dating had too much of an impact on me I would have taken a break, given up on it or tried a different method (eg match making or speed dating).

What are your top tips for dealing with the toxicity of online dating? 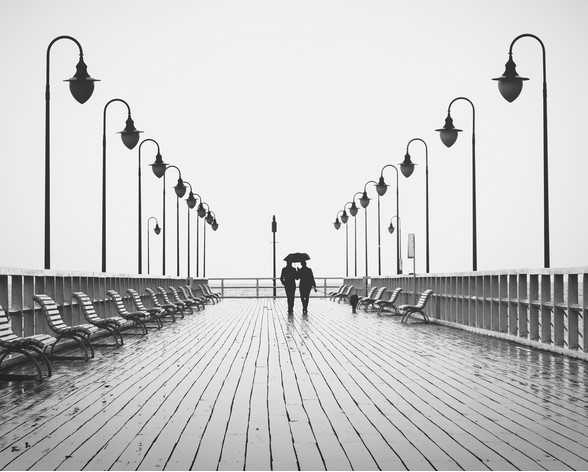 I urge everyone to identify for yourself with clarity what your negotiable and non-negotiable boundaries are.

Stating that I was looking for a relationship meant that those looking for hook ups were less likely to show interest.

Your ego will be the first to internalise when something becomes toxic, blame itself for every non-starter, ghost or bad behaviour.

It’s essential to have some psychological distance between yourself and the dating app:

The temptation is to expect to meet the love of your life immediately (rarely the case) and become quickly disheartened to meet countless others who are talking and dating multiple other people.

Accepting the dating apps for what they are whilst focusing on continuing to build your life helps overcome the unrealistic expectation that the perfect match is going to present themselves straight away.

Dating online can become all-consuming and it can feel like everyone else in the ‘real world’ has everything that you want.

It can be so angering to be treated in a manner that you would never treat anyone else.

It’s easy to feel disappointed, angry, hurt and even worthless with online dating.

Top tips for self-compassion include:

Next Article: Why Understanding Ergodicity Is Critical To Your Long Term Survival

Return from "The Toxicity Of Online Dating" to: Walking The Talk