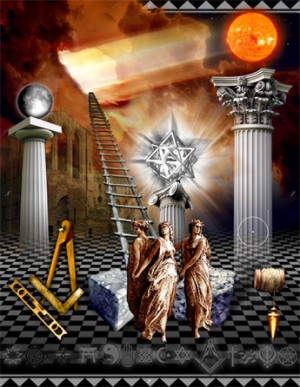 What Is Noetic Science And Why Is It Important?

According to The Institute of Noetic Sciences - founded by former Apollo 14 astronaut Dr Edgar Mitchell - it is the exploration into the nature and potentials of consciousness using multiple ways of knowing—including intuition, feeling, reason, and the senses.

The word "noetic" comes from the ancient Greek nous, for which there is no exact equivalent in English.

It refers to inner knowing - intuitive consciousness - direct and immediate access to knowledge beyond what is available to our normal senses and the power of reason.

Clearly the insights, discoveries and paradigm shifts that result from these investigations and developments have profound implications for (a) the development of human knowledge and (b) a major shift in the relationship between human consciousness and human experience.

At the practical and pragmatic level of life, there are, in my current perception, potentially significant implications and these can [currently] be summarised as:


An Introduction To Noetic Science

As outlined in the Deus Ex Machina I quote from the Institute Of Noetic Science's bio on Dr Edgar Mitchell, the organisation's founder:

'Nearly 50 years ago, Dr. Edgar Mitchell became the sixth person to walk on the moon. As a member of the Apollo 14 mission, his purpose was to conduct in-depth research on the lunar surface. As his mission came to an end, however, an entirely new purpose emerged—one that would define his life for decades to come and contribute to the awakening of the planet.

As his spaceship traveled back from the moon amidst the vast darkness of the cosmos, Dr. Mitchell’s eyes became fixed on the blue sphere we call home. As he neared Earth, he was enveloped by a profound sense of universal connectedness.'

"I realized that the story of ourselves as told by science—our cosmology, our religion—was incomplete and likely flawed. I recognized that the Newtonian idea of separate, independent, discrete things in the universe wasn’t a fully accurate description. What was needed was a new story of who we are and what we are capable of becoming."

Dr. Mitchell’s transformative experience led him to establish the Institute of Noetic Sciences (IONS) in 1973.

The mission of the Institute of Noetic Sciences is to reveal the interconnected nature of reality through scientific exploration and personal discovery.

A new science is arising, a science of the human mind much broader than psychology has been to date. We have called it "noetic" science, after the Greek word for intuitive knowing.

Perhaps it is somewhat inaccurate to speak of it as though it were totally new; it might be better to refer to a noetic emphasis in the human sciences. But the radical nature of the developments should not be underestimated. It is the second stage of a two-stage process.

2 Stages in the development of knowledge

[1] The first stage, the rise of modern materialistic science, is one of the most important evolutionary leaps in human history.

Its essence embodies a remarkable proposition, namely that knowledge of the objective sense-perceived world should not be based on religious or traditional authority, nor the guarded property of an elite priesthood, but should be empirically based and publicly verifiable, open and free to all.

Thus there is not Russian chemistry and American chemistry, or Hindu physics and Christian physics. There is only science—the best framework of empirical relationships and conceptual models currently available, continuously tested in public by agreed-upon procedures.

[2] The goal of the second stage, just begun, is creation of a similar body of knowledge, empirically based and publicly validated, about the realm of subjective experience.

For the first time in history we are beginning to create a growing, progressively funded body of established experience about humanity's inner life—and particularly about the perennial wisdom of the great religious traditions and gnostic groups.

For the first time there is hope that this knowledge can become—not a secret repeatedly lost in dogmatization and institutionalization, or degenerating into manifold varieties of cultism and occultism—but rather the living heritage of all humankind.

This extension of scientific exploration, which we have termed noetic, differs from the materialistic science of the past in a number of ways.

It is centrally concerned with subjective experience where materialistic science has dealt almost entirely with objective, sensory experience.

To the reductionistic models of materialistic science it adds holistic models; to deterministic explanations of events it adds teleological, purpose-recognizing explanations.

Materialistic science has tended to test knowledge by noting whether it leads to the ability to predict and control; while the consensus on validation of noetic sciences has not yet emerged, it seems clear that it will have more to do with understanding than prediction, and more with joining than control.

Changes in the view of reality held in the culture tend to lead to corresponding changes in the sciences; for example, the role of psychological attitudes such as faith in healing, and the conviction of spiritual reality that comes with certain altered states of consciousness.

Because the noetic sciences are partially a process of rediscovery it is possible to anticipate what some of the essential characteristics will be.

The new science is not really new. It is the esoteric core of all the world's religions, East and West, ancient and modern, becoming exoteric, "going public."

Our belief systems create our experience of reality

Whether it is implied by extrapolation from biofeedback training or psychic phenomena and the evidence for psychosomatic origins of illness, or whether arising from immediate intuitive experience, the fundamental profound insight appears to be recognition that in some important sense "I am cause and creator" of the outcomes I experience especially by my responses to the events that impact my life.

In some sense much more fundamental than is implied in conventional psychology, our belief systems create our reality.

Whether sudden or gradual, profound or mundane, relatively minor or earthshaking change happens. And just as change is always happening in the natural world in endless cycles of seasons, birth and death, it happens continuously in our human experience.

When those changes are profound and life changing, affecting our view of the world and our place in it, we call them transformations in consciousness.

A Research-Based Model of Consciousness Transformation

Beyond positions, beyond beliefs, lies a place where the mind can truly open to the possibilities of any given moment. Is such receptivity possible in a world beset by polarity and conflict?

Consciousness and the New Paradigm