Stop optimizing for today and start playing the long game 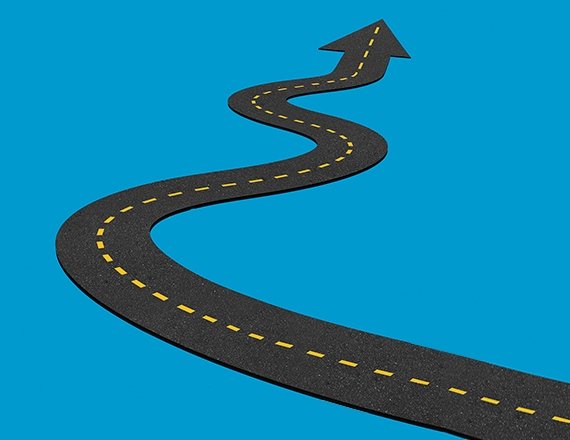 It is about having a long term goal and taking the necessary steps now to set yourself up for long term success.

As Shane Parrish puts it:

Setting Yourself Up For The Long Game

Here are 7 proven strategies, with resources, for playing the long game:

The focus of his book involves picking a skill that is "rare and valuable" and then mastering it until you become "so good they can't ignore you".

Decrying the popular "follow your passion" approach Newport recommends adopting the craftsman mindset where you are continuously learning and honing your craft through "deliberate practice".

Naval Ravikant commenting on what he calls "The Four Kinds Of Luck"
says that:

“...the last kind of luck is the weirdest, hardest kind, where you build a unique character, a unique brand, a unique mindset, which causes luck to find you.”

While you can’t control this fourth, potentially most lucrative kind of luck, you can influence it by committing to being the best at what you do.

In "The One Thing" Gary Keller maps out a process for focusing your attention and your actions on the achievement of  the one big thing you want to achieve by narrowing your present focus down to the one next step you must take to progress you towards that one big thing.

[4] Benefit From The Power Of Habits

James Clear’s book Atomic Habits explores the long term power of compounding habits, which is a key feature of the long game.

Small habits make a big difference over the long-term.

Habits are the compound interest of self-improvement.

Small barely noticeable changes can make a major difference when you factor in the passage of time. Clear says:

Good habits can give you a significant, sustainable competitive advantage in life.

[5] Compound Your Way To Exponential Growth

Compounding is the process whereby a gain made on an invested resource is reinvested alongside the original resource, and further gains are made on that gain thus the growth rate is exponential.

Money is not the only thing that compounds; knowledge, ideas and skill do as well. As Albert Einstein is alleged to have said:

"Compound interest is the eight wonder of the world. He who understands it, earns it; he who doesn't pays it."

[6] Be Smarter Rather Than Faster

In The Red Queen Effect we looked at strategies for negating the red queen effect by operating smarter rather than running faster and faster just to stand still. Here are 2 powerful strategies.

(A) Focus On The Few To Find The Many

It's now the 80/20 curve/Pareto Principle that defines our lives.

So focus on the 20% of your contacts, clients  or income sources opportunities that give you 80% of your income, develop these relationships.

(B) Benefit From The Fat Tail Fractal Factor

Antifragility is the quality of something that gets better, or thrives, in the presence of disorder.

At time of writing in Spring 2021 as the world lurches towards eventual recovery from the coronavirus pandemic life is messy and seemingly getting messier.

There are ways in which you can position yourself to make gains from this disorder and get stronger.

Finite and Infinite Games: Two Ways to Play the Game of Life

Next Article: If You Don't Take Care Of You, Who Will?

Return from "The Long Game" to: Walking The Talk