It's not the strongest that survive, nor the most intelligent, but those who are most responsive to change, the most persuasive, and the best communicators. 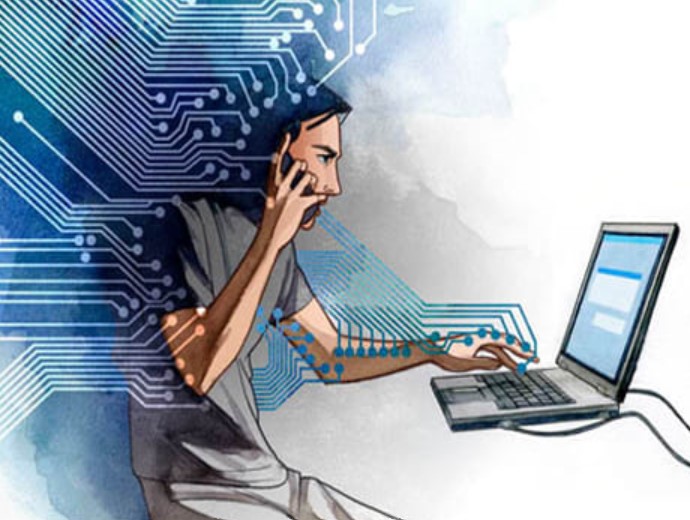 Communication Persuasion and Change In The Digital Age

We are living in an age of unprecedented change.

We are now part of a world of far greater globalisation, connection and interdependence than at any other age in human history.

The world that I was born into in post-war UK in 1954 was a very different place to the digital world we share now.

My maternal grandfather served as a professional soldier in the British army during the late 19th and very early 20th centuries.

I recall as a small boy listening to his war stories of fighting Afghan insurgents in the Khyber Pass and looking at his old sepia photographs and helping him polish his medals. I also remember playing [unattended] with his cut-throat razor and almost slicing off the end of my thumb!

After his discharge from military service my grandfather worked as head gardener for David Lloyd George the Liberal Prime Minister of the UK from 1916 to 1922. My grandfather and his family lived on the estate.

Lloyd George was a notorious womaniser and I remember my mother telling me how when she and her sister were in their teens they were not allowed [by my grandmother] to go into Lloyd George's house on the estate without a chaperone!

My paternal grandfather was an industrialist, a self-made man, who was also a colonialist and ran a number of steel factories in what was then referred to as Rhodesia [now Zimbabwe] during the 1940's to the 1960's.

My father spent time out there in Rhodesia when he was in his late teens and early twenties and I have inherited many photos of that period showing him and my grandfather living like typical colonialists.

All of which may seem very politically incorrect by present day standards - but it was what it was!

There are old photographs of my grandparents' parents and other family members  travelling around the UK in their horse-drawn carriages in the mid 19th century.

Fast forwarding 150 years to the other end of the spectrum, my grand children may still be alive in the 22nd century.

Therefore, my personal span of connection potentially extends over a period of about 200 years.

Even within my own lifetime, of 68 years, the scale of change and the speed of change has been colossal and especially with the technological advances in IT, the arrival of the internet and the exponential development and growth of digitalisation over the past 20 or so years.

Communication Persuasion and Change - The Skills to Survive and Succeed

One of the key objectives of this website is to learn how to think effectively and we have covered many different and varied subjects.

And this is just a small cross-section of the many and varied  subjects  covered in the 300+ articles on this site, all of which you can explore via the site index and links on the left-hand column.

The purpose of this current article is to introduce a new series of articles that I am going to be posting over the next few months on the subjects of communication persuasion and change.

I believe that these subjects are important and timely because we now live in such an interconnected world that the skills and resources that enable us to collaborate and interact on a global scale need to include:

My background and range of business experience

In the course of my business career over the past 45 years I have been trained in and gained considerable practical experience of a wide range of disciplines that encompass these generic skills, and that include but are not limited to:

Don't worry, I am absolutely not going to try and train you to be a sales-person or a programme manager or a management consultant!

But I am going to do my very best to reframe these ideas and represent them to you in ways that I trust you will find helpful, because embedded in these business disciplines are many practical ideas that you can apply in a wide range of situations.

At root it's always the people issues

Over the years I have worked with well over 200 different companies ranging from multi-nationals to small owner-managed businesses and in many varied and different business sectors.

I have seen and addressed many different issues within these businesses, and they broadly fall into three categories: technical issues, financial issues, and people related issues.

The common theme in all of these many situations is people.

Regardless of how the business problems present, at root it is the people side of the business that is usually where all the problems lie.

Why are the skills involved in communication persuasion and change so important?

Firstly because the global digital marketplace now affects us all, directly or indirectly.

The days of job certainty and security are over, but the range of new opportunities is considerable.

As I write this I am sitting in my office by the sea in South West England and I run a commodities business in Singapore and have clients, contacts and associates all over the world. To live and work like this would have been unimaginable even 20 years ago!

In this environment its all about cooperating, collaborating and networking and doing so with speed, flexibility and creativity.

Secondly, because mastering the people side is increasingly important for personal employment, commerce and business, and also for just getting along in life.

This is about far more than just being nice to people and having great social skills.

[1] This is about asking questions, and knowing:

[2] This is also about having simple and effective processes and strategies for using this information to get the outcomes that you seek.

I am close this introduction with a story that touches on each of these key themes of communication persuasion and change.

I Was Told To Fire Her, But She Saved The Project 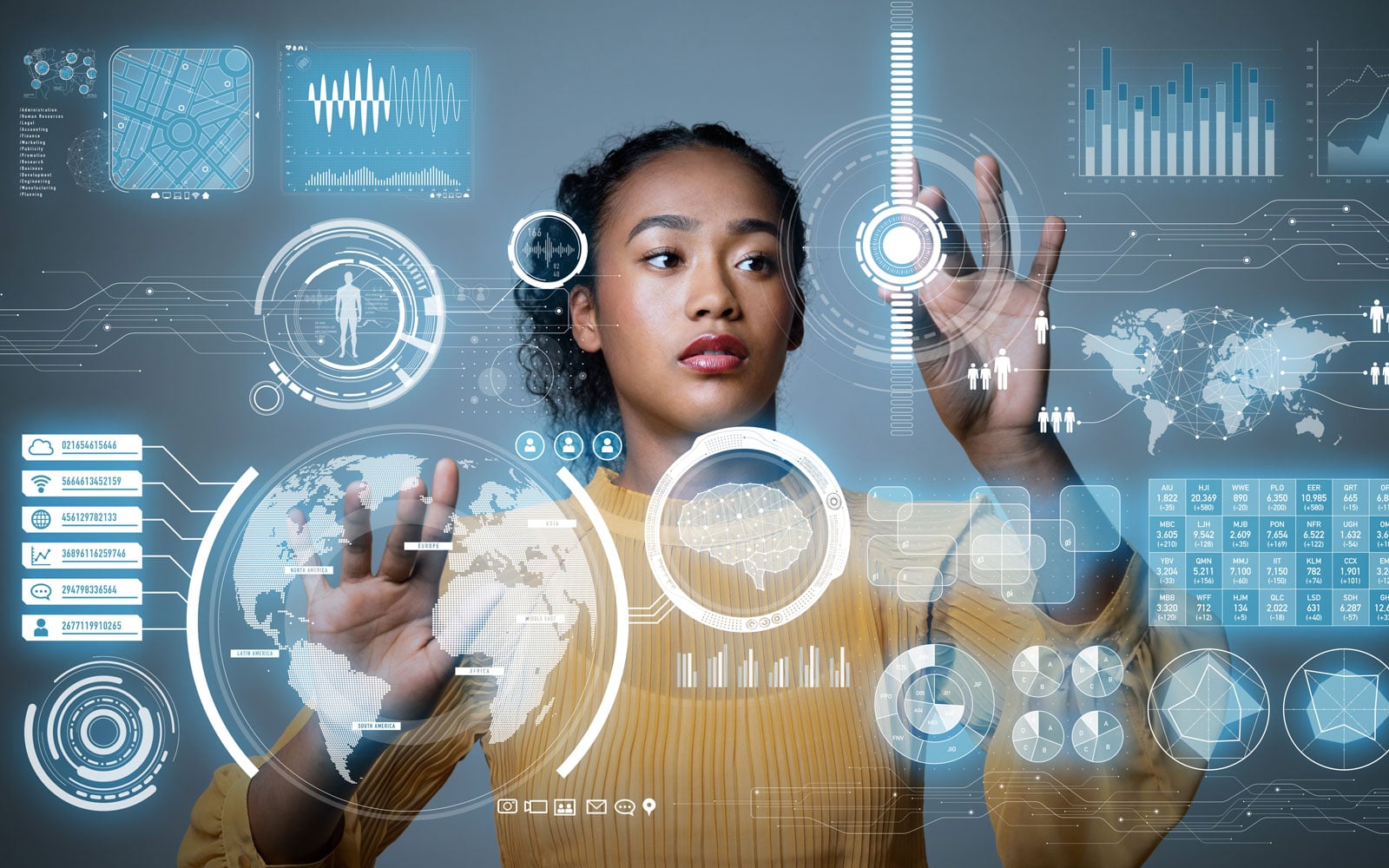 Some years ago, I was troubleshooting on a particularly messy large IT project that was failing.

I was working for the prime contractor and they had a lot at risk. The current project was worth about $20mill USD and there were related followup projects worth a further $30mill USD.

I had been briefed by the senior management and advised that the problems were all to do with one small group of very resistant people who refused to co-operate and were holding up the development.

Or to be more precise the apparent problem was that there was no software development taking place, as the IT team and the customer’s users could not agree the statement of requirements.

One person was identified as the ringleader of these troublemakers and I was given a free hand to go in and “do whatever it takes” which basically meant take them head on and fire the ringleader, and if necessary the whole team.

I met the ringleader - let's call her Amy - at an early meeting that I sat in on, and found that she was indeed a grumpy, truculent and very difficult person!

Years of resentment at having been ignored

Fortunately, I had an intuitive sense that my best strategy was to do absolutely nothing for a few weeks except turning up for meetings where she was present and just listen, and exchange small talk occasionally.

It rapidly became very clear to me that this grumpy, truculent and very difficult person was in fact the key to turning this whole multi-million dollar project around!

The knowledge was in her head

The project problems, and specifically the issues surrounding the definition and agreement on the statements of requirements, was caused by the fact that many major changes had been made to the existing old systems over a period of about ten years and these changes had not been documented.

So we had teams of users and third party IT contractors going round and round in circles and arguing because they did not have the basic knowledge of the current system! By the time I arrived this had been going on for several months with various workarounds suggested, presented and rejected.

However, after a while I discovered that the grumpy, truculent and very difficult analyst had the missing knowledge in her head. She had been involved in – had designed – all of the changes. That knowledge was her power. She knew it and I knew it.

Over a number of days I got to know Amy. I related to her as a person and built some empathy and understanding between us – just as human beings and outside of the context of our business roles.

I have to say that I still found her unattractive as a person, but nevertheless we built a friendly relationship – largely because I gave her time and attention, and most importantly I listened to her.

She was a “clock watcher” and always left the office at exactly 5pm each day.

It isn’t about the money

I realised I was making progress  when one day I noticed that it was 5.45pm and Amy and I were still talking – not about the project but about her out of work interests.

Over the next few days, we talked a lot more and she told me all about how badly she and her team felt that they had been treated, and how there was no way they were going to help my employers, whom they held responsible for their misery.

My senior management were watching all this with interest, and changed their stance to: “well let’s just throw money at it then” and promptly empowered me to offer Amy a lucrative contract on a very high daily consultancy rate of upto $2,000 per day, and if necessary a similar deal to the rest of her team.

“Just respect!” was her response.

She felt that she and her people had never been consulted, and that they had unwelcome change forced upon them. And then, in their new outsourced roles they had to work for a contract manager (from my employer) who they did not respect and who ignored their advice and expert opinions, and who provided no support or assistance to them.

Within a matter of days, and in consultation with my senior management, I created a new role for Amy as special project consultant and brokered informal meetings with our joint senior management people to rebuild relationships.

Almost overnight, this grumpy, truculent and very difficult analyst became an enormous asset. She shared her knowledge and was party to the creation and development of some extremely innovative technical developments and the creation and adoption of a whole new project methodology.

The project was delivered on time, every milestone was hit and it was delivered in budget. We were also able to recreate a more cooperative and trusting culture and relationships between the key entities involved.

At the personal level I earned a lot of money for about 12 month's work. So a win-win for all parties involved! 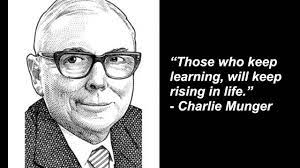 Why Understanding Ergodicity Is Critical To Your Long Term Survival

[3] The Art Of Persuasion Planning For Success - Here's How To Do It!

Return from "Communication Persuasion and Change" to: Home Page