Living In A Participatory Universe

What It Means To Live In A Participatory Universe 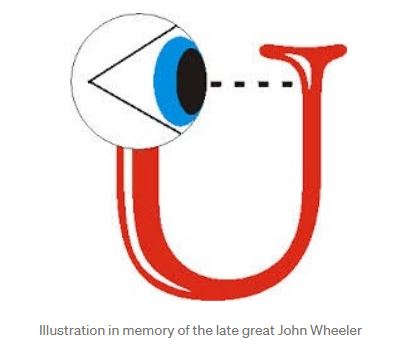 We are living in a participatory universe according to the late John Wheeler, physicist-philosopher and Nobel Prize winner.

After a life-time of thinking about our quantum reality, Wheeler's fellow physicist Niels Bohr observed that Man is inside the equation, simply by being there. Man is “entangled” in this “participatory universe”.


This article is written from a lay person's perspective. I have outlined below a summary review of my understanding of the extent to which science supports the idea of a participatory universe and the reasonable conclusions that we can infer from this.

But, this is not a science article and my overall purpose here is to offer a reflection on what it means to live in a participatory universe.

Early Experiences of Living In A Participatory Universe

I grew up in a family environment where everything was difficult and nothing ever seemed to change. Things were as they were and any request to my parents to do something differently was stonewalled.

The result of these early experiences was that as I entered early adulthood my view of life and the universe was that it was fixed, unchanging and rigid. Any attempt at doing something different was extremely difficult and inevitably met with resistance.

How To Do Life?

As a result of these early experiences I had a deep interest in the dynamics and mechanics of "what makes organisations tick" together with the individual and personal dynamics of the practicalities of "how to change your life" that affect many of us at some point in our lives.

A Level Of Success And A Functional Working Model

I immersed myself in the study of psychology, self-help and personal development. I practised positive thinking, visualisation, affirmations; I also embraced NLP and other techniques of self-improvement. I worked my way through various religious and spiritual practices. I did a lot of work on myself to deal with the baggage of my past.

As a result of all this I mastered certain skills in life and in business, and I became fairly successful and what I used to describe as a fully functional human being. At that time I felt that with the mastering of these various skills I had at last got a working model of how to do life. 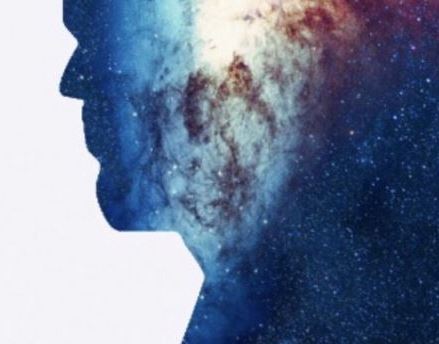 As a result of extensive meditation and mindfulness practice I came to realise that in some indiscernible way everything is inter-connected, and that we are all inter-connected. I do not simply mean this as an idea or a concept but it became a felt and experienced reality.


I Took The Red Pill And Went Down The Rabbit Hole

Truth is, I really have been down the rabbit hole with a lot of this over many, many years in my quest to understand the dynamics of all this. It's the result of a personal journey I embarked on some years ago. Think of "The Matrix" for a visual analogy.

Without fully realising what I was getting into, I took and swallowed the red pill.

I should say at this point that the driver for this quest has been that every time I have thought that I have mastered it and got the hang of it all, life throws me a series of curved balls that shattered the delusions that were my certainties.

Firstly, what I didn’t know at the beginning of all this is that when we start to take Life seriously - or The Energy Of Life as I refer to it, it takes us seriously, and that changes everything.

The Rules Of The Game Change

In simple terms it quite literally reverses the rules of the game. All things that used to work no longer work. The old skills become irrelevant. The model has cracked and old certainties fail.

Secondly, I discovered that once we start out on this journey there is no turning back. This is a high wire walk and the only way is forward.

Relating To & Interacting With The Energy Of Life 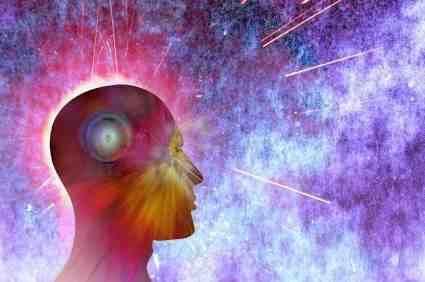 The key thing I very rapidly experienced was that there was an interaction taking place between my inner dialogue and accompanying energy states and The Energy Of Life.

The interaction was a combination of verbal initiation (or prayer) on my side, and an intuitive reception of response, supported by external changes of circumstances, and my perception and attitude towards them.

This was rarely an immediate cause and effect but rather analogous to a dance, and often a very slow dance at that!

I came to experience this interaction/dance as a relationship which developed and deepened over time and which as with all relationships involved a degree of trial and error, learning and development.

An excellent insight into what happens when you “take the red pill and journey down the rabbit hole" is shared by Steve Pavlina in a series of 3 videos.

This very largely mirrors my own experiences and he articulates this far better than I can. There is a lot of material here and I really do recommend that you give it some quality time. I have created key point summary notes to accompany each video, they are in PDF format and you can view the videos and download the notes here.

How Far Does Science Support The Idea That We Are Living In A Participatory Universe? 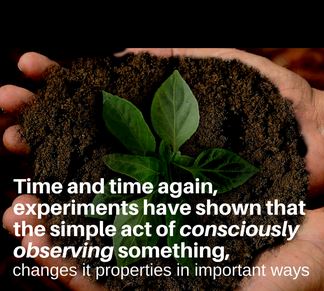 The short answer is: “Quite a long way, but with important caveats!”

As non-scientific lay-people we have to be careful not to infer conclusions that science does not yet support.

For example, and as I understand it, quantum mechanics (at the subatomic level) does state, and now with proof:

• Observer Effect - the act of observation of a particle’s path changes the outcome, such that it is not possible to predict the path.

• Quantum Entanglement - the physical phenomenon that occurs when a pair or group of particles in effect “join forces” and “act in the same way as one”.

• Quantum Superposition when a group of particles (of any size) “join forces” even when not joined together or are physically separated.

Tests have shown that this can occur at all scales of size i.e. beyond the quantum/subatomic level as a single physical system (or object) – but only as long as the entangled particle(s) are not interacting with their environment e.g. being observed.

• Non Locality - that nothing is independently separate and at some level everything is connected.

• Quantum Decoherence - occurs when a quantum superposition interacts with its environment - for example as a result of observation – and collapses into a single fixed state and thus renders it subject to the “normal” rules of classical physics.

Thus for example a chair in its quantum state only becomes a chair as we see it because we see it.

Therefore the physical world only comes into fixed being through the act of observation via human senses and supporting technology based observation.

What Conclusions Can We Draw About Living In A Participatory Universe?

The inescapable conclusion is that the world and the universe (within which we see it positioned) is the result of mind.

This does not suggest individual human mind (in the sense of I see whatever I choose to see) but a collective transpersonal mind – perhaps better described as a cosmic consciousness.

Put simply: there is something out there holding it all together, and I call it "The Energy Of Life ”

But we have to be clear that the science does not prove that the law of attraction works nor does it prove that your thoughts have any direct level of control over what happens to you, how it happens or  why it happens. *

But this does not rule out the enormous scope for personal exploration.

The question is no longer whether quantum theory is correct, but what it means.

* Just to be clear, the one thing you can control is how you choose to respond to these events - and that is the overall theme of this site.

How To Live In A Participatory Universe

Consciousness Is Now The God In Our Machine

For a wider discussion and deeper analysis of what this may mean, and how to engage with this consciousness, please see Deux Ex Machina.

If you want to skip the bigger picture and dive straight into some suggestions for the practice of living in a participatory universe, please read on:

[1] The starting position of greatest integrity is the one that recognises that the true nature of reality can not be proved.

[2] We will never know the truth - so if you can accept this, then approach your journey as a noetic explorer in an experimental frame of mind and do as I have done:

Be humble and ask the energy of life:

4 Keys To Working With The Energy Of Life

Return from "Living In A Participatory Universe" to: What Is Spirituality?