Living Authentically - Your Choices And Your Responsibility

Rising above your circumstances and framing your own meaning in events 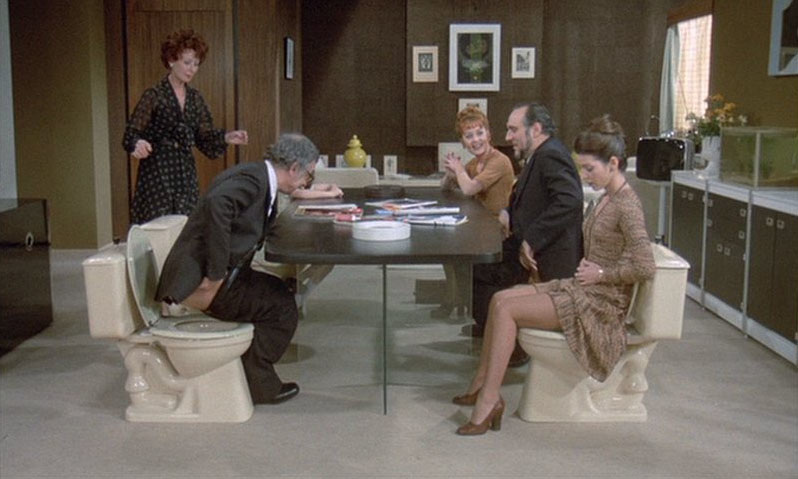 Existentialism is a movement as much as it is a philosophy and is grounded in the work of Kierkegaard and Nietzsche in the 19th century.

It gained traction and became fashionable in the mid-20th century. This was the post-war era of the rejection of absolutism, and a period of systemic challenges to the political and societal status quo. It was also the time of the emergence of the “swinging sixties”.

Existentialism provided a language for what was seen as the problem of life as a human being faced with a bewildering array of choices, in a world of absurdity devoid of any inherent meaning, and for which you hold total responsibility.

The leading lights of this modern movement were the French writers and philosophers Jean-Paul Sartre, Simone de Beauvoir, and Albert Camus.

“Existentialism is an attitude that recognizes the unresolvable confusion of the the human world, yet resists the all-too-human temptation to resolve the confusion by grasping toward whatever appears or can be made to appear firm or familiar…

The existential attitude begins with a disoriented individual facing a confused world that he cannot accept."[Robert Solomon]. 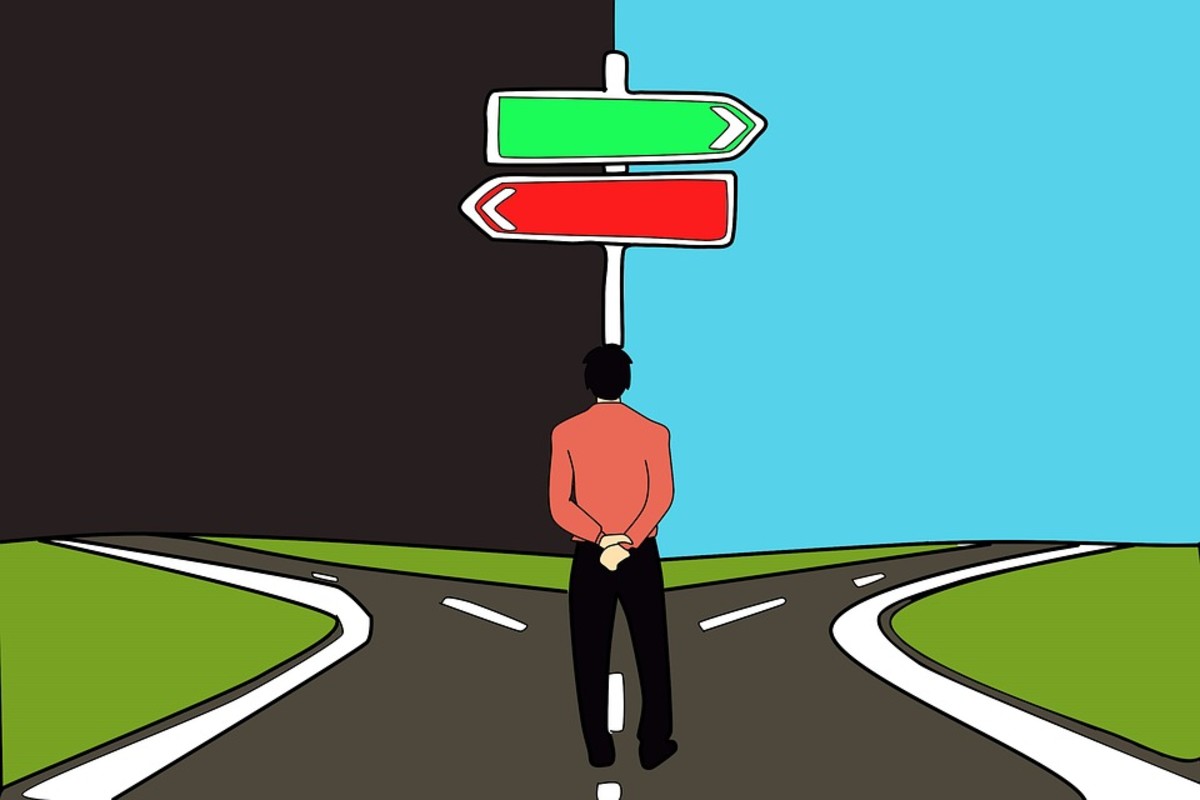 Sartre argued that one of the foundational ideas of existentialism is that existence precedes essence. In simple terms this means that you start life "as a clean slate".

Therefore - existentialism postulates  - no external agency such as God, religion, state, society or family can have a predetermined view of who you really are and the shape and nature of your place in life, it is up to you to make your own conscious choices.

This perspective flies in 180 degree opposition to the classical philosophical view - traceable back to Aristotle - that essence precedes existence, that is to say that everything has a predetermined set of qualities that define what it is, and from the point of conception or inception that thing will develop into its predetermined - or encoded - shape, place and function.


[2] The Absurd -  i.e. Life is tough and apparently meaningless so we will call it absurd 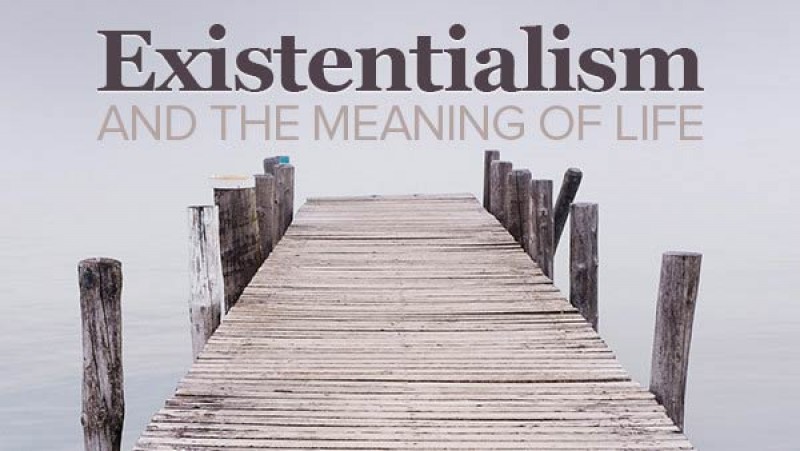 In the face of the apparent randomness, injustice, unfairness and meaninglessness of life, existentialism views life as absurd.

The existentialist position on the absurd is echoed in the cry of the incalculable sufferings of countless people throughout the mists of time:

Existentialism rejects the idea that this somehow must be the will of God/Joss/Fate and understands that because of the world's absurdity, anything can happen to anyone at any time and a tragic event could cause any of us to face this absurdity.

The existentialist therefore concludes that in the face of all this the only valid response is to see meaning where we choose to see it.


[3] Facticity and Transcendence i.e."Rising above your circumstances" 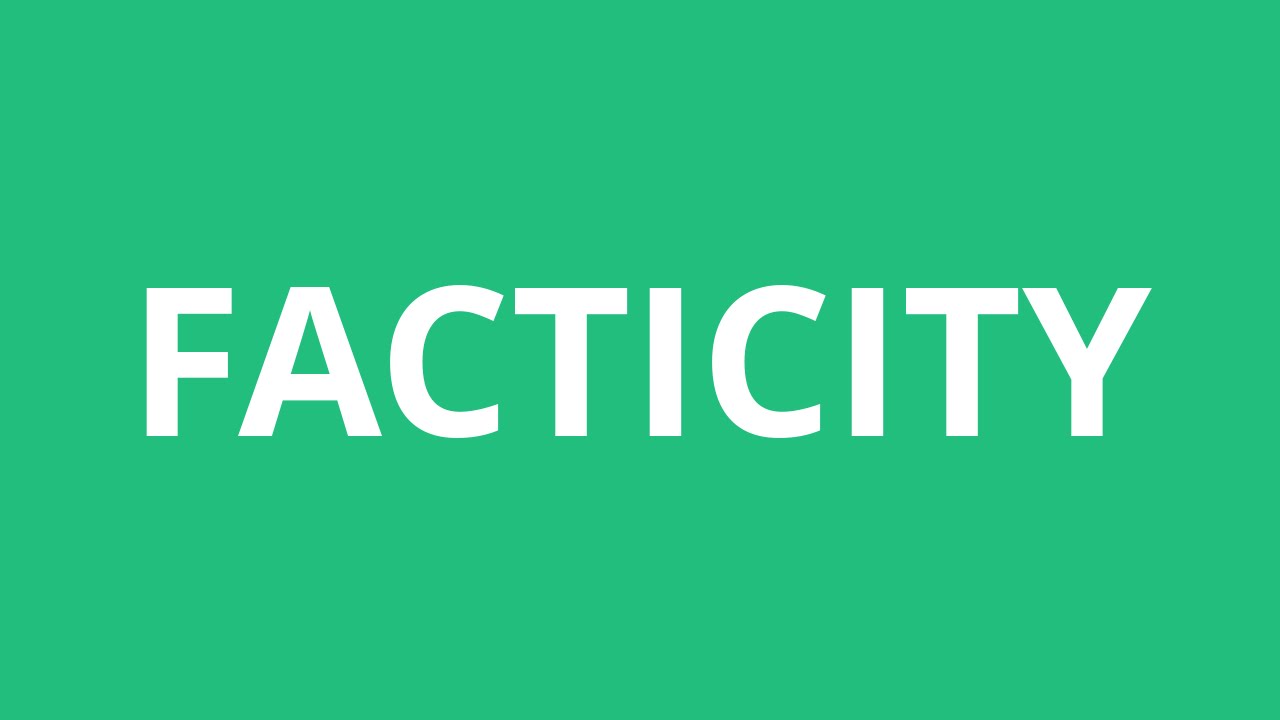 Facticity describes and labels your situation, role and circumstances but it does not define you - unless you choose to see yourself that way.

But, if he puts off that persona and becomes "himself", and thus acts and behaves in a different way, he has transcended the facts of his working life.

You are defined, or expressed, by your spirit, by how you see yourself, the view you take of the facts of your life.

The ability to take such a stance is what existential philosophers call “transcendence.”

[4] Authenticity  - i.e. the quality of being real and genuine 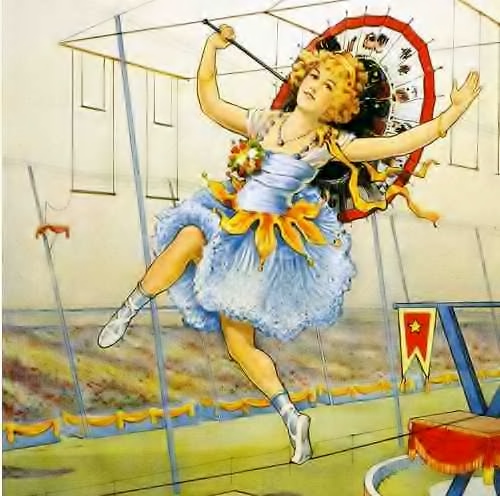 To existentialists the idea of living an authentic existence is important.

In simple terms this means making your own choices about how you will live and not allowing yourself to be dictated to, or your choices to be determined by, external third parties such as the church, society or your family.

Authenticity to the existentialist is all about "creating oneself" and living in accordance with this free choice.

In contrast, the inauthentic is the denial of living in accordance with one's freedom by, for example, convincing yourself that some form of determinism is true, or where you act as "you should". This would mean making choices based on what "someone like me" is expected to do.

Existentialism allows that there are circumstances where you make choices that conform to the societal norm e.g. taking care of an aged parent or sick relative

The important thing is the attitude you take towards your own freedom and responsibility and the extent to which you act in accordance with this freedom.

In other words making a conscious choice to conform to a societal norm because you choose to, because it is in alignment with a personal value system, rather than a blind adherence to societal expectations.


[5] "The Other" and "The Look" - i.e. Seeing myself and my self-worth defined by how many likes I got on my last selfie posting on Instagram 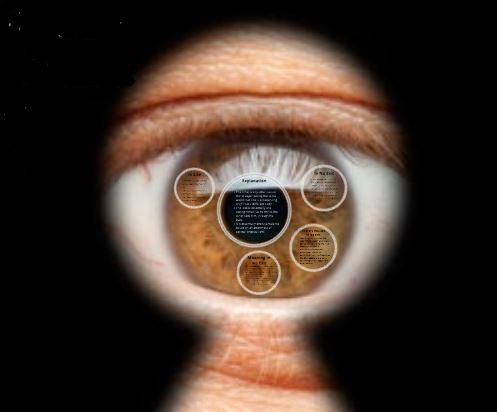 In this point and the following two points we really get into the zone of existential posturing and tautological fancy foot-work, with self conscious word-play, this is classic Sartre territory!

As I noted above with facticity, as a non-philosopher/lay person wading through the tortuous mangling of the English language by philosophers to try figuring out what on earth Sartre meant by the "the other" and "the look" I found both painful and time wasting!

To be charitable to Sartre, he lived in an age before the rise of social media. Fortunately for us we have this as the perfect illustration of what I believe Sartre meant.

In simple terms, we have a view of ourselves that we feel is a true expression of how we are, and then someone comes along and observes us doing something [anything] and we become aware of their "look" and by implication their implied judgement, approval or disapproval of us and this changes how we see ourselves.

This used to be called "worrying about what other people think of us"!

In the social media age, the bar of the facticity of other people's lives is set so high that it can make you feel inadequate.

To make yourself feel better, and reaffirm your attractiveness you post pictures about your life and yourself.

These social media postings are of course curations of discrete packets of events that frame you in the best possible, most sexy and desirable light.

Then you wait for the likes! The more likes the better the outcome. You feel affirmed...until the next time...!

To change gear and use "Sartre" language:

"Seeing the self defined by the view of the other gives rise to a self-reflective consciousness..."

[6] "Angst" and "Dread" - i.e. stage fright at having to make a decision and live with the consequences... 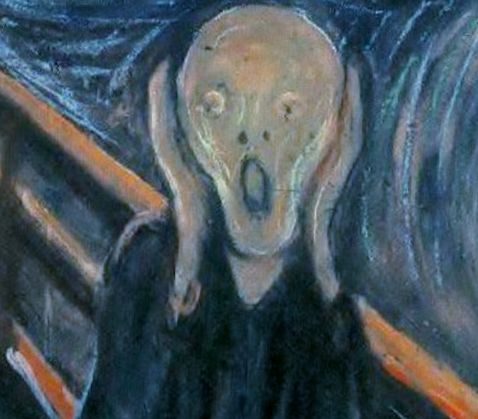 The cause of this negative feeling is the fear of exercising your freedom of choice and a feeling of anxiety or, in worse cases, overwhelm at getting it wrong.

It is generally held to be a negative feeling arising from the experience of human freedom and responsibility.

Existential angst/dread is an insecurity about facing the consequences of your actions.

[7] Despair i.e. conventional reality is so flaky the existentialist is unable to find security for his/her sense of identity and is thus in a state of perpetual despair... 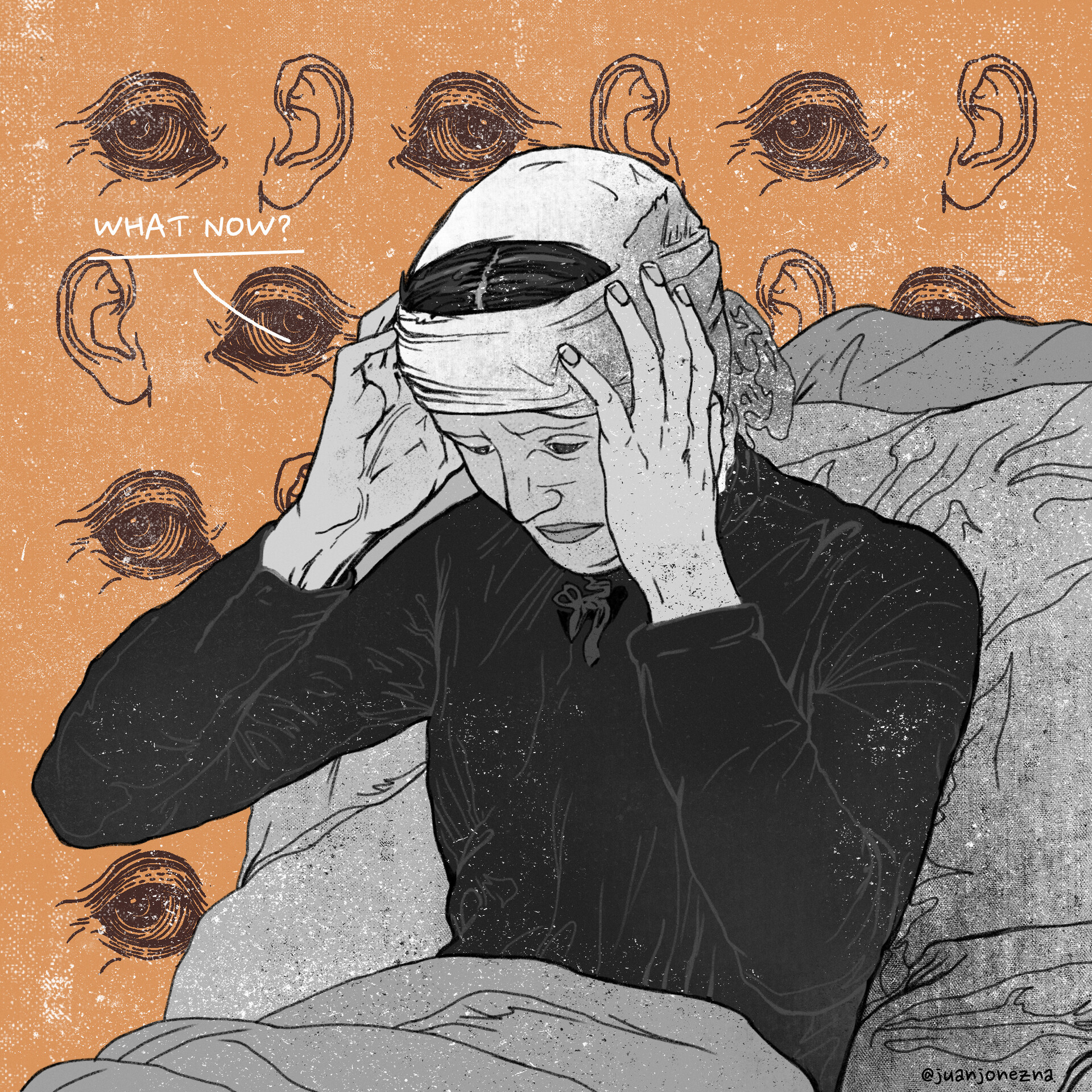 In existentialism, despair is a loss of hope in reaction to a breakdown in one or more of the defining qualities of one's self or identity. For example an opera singer suffers from throat cancer and can longer sing may despair that she has lost her identity because she can no longer be what previously had defined her sense of being.

Of course existentialism take this one stage further and back into the realms of dramatic posturing and as Sartre suggests, since there is no human essence found in conventional reality that is sufficiently robust to constitute the individual's sense of identity, despair is a universal human condition.

How Does Existentialism Align With The Themes Of This Site?

The purpose of this site is to show you how to cope in tough times, and to provide you with the tools to do this successfully:

With this in mind, we have no interest in "shooting the breeze" and "chewing the fat" over philosophical ideas and psychological models and theories. This is not an undergraduate discussion forum.

Our focus is intensely practical. Is there something here of practical value that we include in our tool kit and apply in daily life? 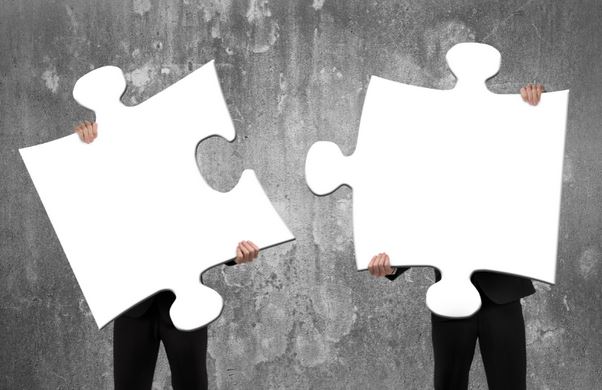 [2] The Weaknesses Of Existentialism 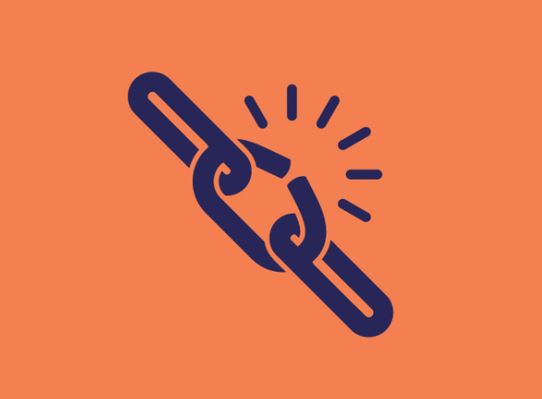 # Ignoring the limitations of language and beliefs

# Rationality vs Gnosis - ignoring right brain and the heart

# Not recognising the limits of free choice

# No place for balance, wisdom, discernment and insight

# Ownership & comprehension are precursors to rejection