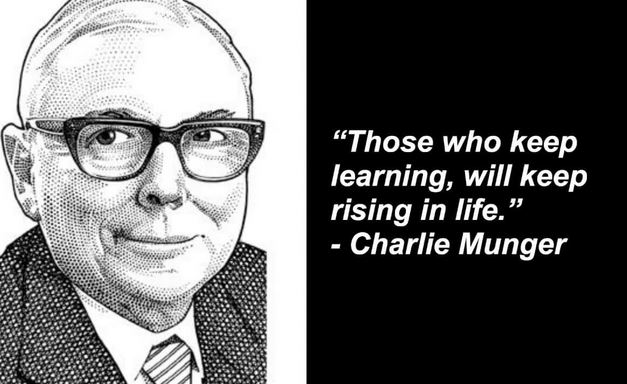 Aside from his extremely successful business career as an investor and his various philanthropic ventures, Charlie Munger is also well known for his thinking skills and especially for his emphasis on developing multiple mental models to cut through complexity and make good judgement calls and good decisions.

He is incredibly well read and has studied many disciplines other than business such as psychology, history, biology physics and economics.

Like all of us, Charlie Munger has had his share of personal setbacks, an early divorce in era when divorce carried enormous social stigma, severe financial setbacks, the death of his son at the age of 9, cataracts when he was 52 followed by failed surgery which led to blindness in his left eye and the removal of that eye.

His insights on life in general and business in particular are extremely perceptive, and frequently correct with an uncommon consistency.

“It is remarkable how much long-term advantage people like us have gotten by trying to be consistently not stupid, instead of trying to be very intelligent.”

How to think effectively? According to Charlie Munger:

“...developing the habit of mastering the multiple models which underlie reality is the best thing you can do.”

Two broad categories of mental models that are particularly useful are those that help us understand how :

[1] The world works and thus to predict the future.

[2] Our mental processes can lead us astray via cognitive biases.

Our world is multi-dimensional and our problems are complex. Most problems cannot be solved using one model alone, thus it follows that the more models you have in the toolkit, the better equipped you will be to solve your problems because you can look at the problem from a variety of perspectives and increase the odds that you will come to a better solution.

Understand the power of building a: Latticework of Mental Models

Charlie Munger on: How To Prioritise Learning Mental Models

The learning and applying of models is not enough, we also need to understand how they interact and combine, and most notably when autocatalysis or [as Charlie Munger calls it] the lollapalooza effect occurs.

The lollapalooza effect occurs when two or more forces are all operating in the same direction and often you don’t get just simple addition but rather you get a nuclear explosion once you reach a certain point of interaction between those forces such as a breakpoint or critical-mass is reached.

In the field of psychology the phenomenon wherein different biases layer and interlock with one another is the "Lollapalooza effect." It occurs when multiple different tendencies and mental models combine to act in the same direction. This makes them especially powerful drivers of behavior, and can lead to both positive and negative results.

The lollapalooza effect can cause huge negative effects but it can also cause massively positive trade-offs. So, understanding the interconnectedness of the models is critical.

Munger stated that while psychologists have been good at identifying individual biases, they are less good at figuring out how they interact and manifest in the real world, because it is difficult to run controlled experiments in that environment. At the 2017 Daily Journal annual meeting, he said:

"The psychology people couldn't do experiments that were four or five things happening at once because it got too complicated for them and they couldn't publish. So they were ignoring the most important thing in their own profession. And of course the other thing that was important was to synthesize psychology with all else. And the trouble with the psychology profession is that they don't know anything about 'all else.'"

The Lollapalooza effect: What are the mental models for success? 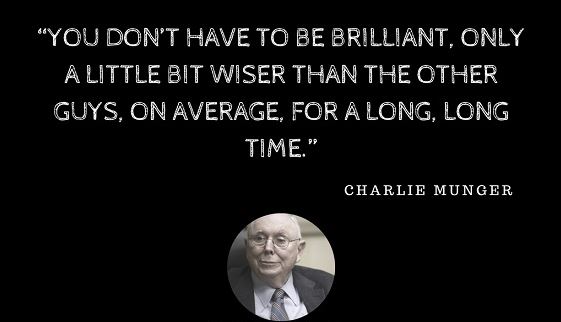 "… it is usually best to simplify problems by deciding big 'no-brainer' questions first..."

"Without numerical fluency, in the part of life most of us inhabit, you are like a one-legged man in an ass-kicking contest."

"Inverting the problem won’t always solve it, but it will help you avoid trouble. Call it the avoiding stupidity filter.

… it is not enough to think problems through forward. You must also think in reverse..."

You need to understand the big nuggets of wisdom in the three buckets of useful knowledge.

Munger believes in using these regularly and in combination:

"You must think in a multidisciplinary manner...You must routinely use all the easy-to-learn concepts from the freshman course in every basic subject. Where elementary ideas will serve, your problem solving must not be limited, as academia and many business bureaucracies are limited, by extreme balkanization into disciplines and subdisciplines, with strong taboos against any venture outside assigned territory..."

And you need to watch out for when really big ideas combine. 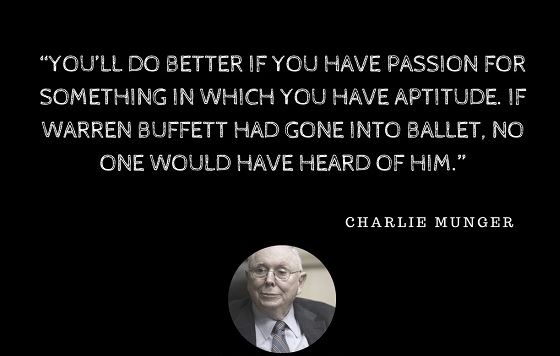 1. The Forces at Play

The key to the first step is: knowing what you know and what you don’t know.

"You need to understand your circle of competence.

If you know what you don’t know, you might still have to make a decision, but your approaches for making that decision will change.

For example, if you’re forced to make a decision in an area that you know is well outside your circle of competence, one tool you can use is inversion.

While there are millions of factors that go into decisions, there will always be a few variables and factors that will carry the bulk of the weight.

To make consistently good decisions, you need to develop a deep fluency in the area in which you are making decisions, and you need to pull in the big ideas from multiple disciplines to make sure you’re exercising good judgment."

There are many causes of human misjudgment, most of these are unconscious to us. Please see "Standard Causes of Human Misjudgment" above.

This mini-documentary tells the story of Charlie Munger's life and how he went through the great depression, made millions in real estate, and how he helped Warren Buffett build Berkshire Hathaway.

"So there’s an iron rule that just as you want to start getting worldly wisdom by asking why, why, why; in communicating with other people about everything, you want to include why, why, why. Even if it’s obvious, it’s wise to stick in the why."

Return from "Charlie Munger" to: How To Think