You Become The Company You Keep 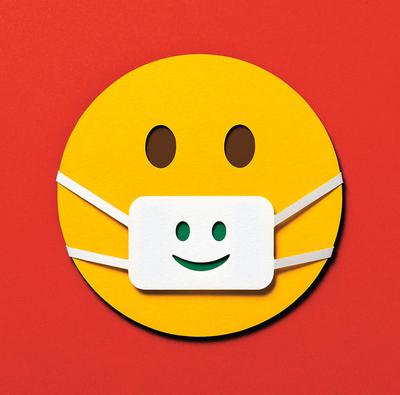 What Is Social Contagion?

Social contagion at the physical level is something that we have all gone to great lengths to avoid during the recent Covid-19 pandemic.

With the phased lifting of the lockdown, and the resumption of social contact we are now increasingly exposed to another threat, another form of contagion.

Because the means of transmission is via renewed and increasing social contact I reframe this as emotional social contagion.

Social Contagion - The Tidal Swirl Of Other People's Emotional Turbulence

In her highly regarded book "An Abbreviated Life - A Memoir" former Sunday Times journalist Ariel Leve paints a painful, poignant portrait of our vulnerability to the tidal swirl of other people's emotional turbulence.

This is especially true when we are children. Leve recounts how as a child she desperately attempted to ride the emotional waves emanating from her mother, whom she describes as volatile and narcissistic.

“I had no choice but to exist in the sea that she swam in. It was a fragile ecosystem where the temperature changed without warning. My natural shape was dissolved and I became shapeless.”

And as a consequence, as an adult, I find that I absorb the mood and energy of other people very intensely, so I need a lot of time alone to decompress.”

Her experience resonates with me.


Is this OK for Dad?

I recall as a child accompanying my father on his rounds as a grocery delivery man. Each time we visited a new location, I would immediately tune in to my highly sensitised "vibe antennae" and take the emotional and psychic temperature of the site to see if it felt "OK for Dad", was it somewhere that he would like and that would make him happy.

At the time I didn't know why I did this. But it was a habitual thing and developed into a form of hyper-vigilance where I was constantly taking the emotional and psychic temperature of new situations and places.

It was a beautiful sunny afternoon and I was sitting on a bench in the churchyard of an old English parish church. The sun was shining, birds were singing, butterflies were fluttering, my mood was mellow and I basked in the warmth of the late summer sun.

The church bells started ringing...and within seconds my mood changed and I was overwhelmed with feelings of sadness, melancholy and misery.

Reflecting on that experience in early adulthood I realised that the sound of church bells always had that effect on me since my childhood.

Following some forensic trawling through childhood memories supported by corroboration from my elderly mother I came to understand that as very small child my family had lived next to a church in a small country village. My mother told me that she was very unhappy at that time and frequently overwhelmed with feelings of misery and despair.

Her powerful feelings had infected me and become associated with the sound of church bells ringing.

How a leader's emotions infect an organisation

In 2001 Daniel Goleman introduced the concept of what he termed "Primal leadership" and outlined research that he and his team conducted in a study of 3,871 executives and their direct reports and it showed that the leader’s style determines about 70% of the emotional climate which in turns drives 20-30% of business performance.

"Emotions are contagious, and they are most contagious from the top down, from leader to followers."

In "When Likes Aren't Enough: A Crash Course in the Science of Happiness" Professor Tim Bono tackles the ever-popular subject of happiness and well-being, but reframes it for a younger reader struggling with Instagram envy.

The Centre For Mental Health recently published: How use of social media and social comparison affect mental health

In June 2014 PNAS published the results of a massive study on Facebook users: Experimental evidence of massive-scale emotional contagion through social networks

Clearly there are so many ways that we are affected by other people's emotions. Given that we are emotional and thus energetic beings, and that as discussed at length in other articles in this series we live in an energetic universe that responds to our dominant energetic state in the experiences that we create and attract, then two important questions arise from this:

(1) How are we so susceptible to other peoples emotions?

(2) What steps can we take to protect others and ourselves?

Social Contagion - How Are We So Susceptible To Other Peoples Emotions?

Elaine Hatfield Professor of Psychology (University of Hawaii), and co-author of a pioneering academic book Emotional Contagion defines “primitive” emotional contagion as the:

“...tendency to automatically mimic and synchronize facial expressions, vocalizations, postures, and movements with those of another person and, consequently, to converge emotionally.”

The contagion occurs in three stages:

It has an evolutionary purpose in that is helps us coordinate and synchronize with others, empathize with them, and read their minds. All of these are critical survival skills.

Social Contagion - What Steps Can We Take To Protect Ourselves & Others?

(1) Quarantine yourself until you have figured how not to contaminate others with your bad mood. So, bless them with your absence!

(2) Inoculate yourself with mindfulness practice

(4) Flatten the curve of social contagion