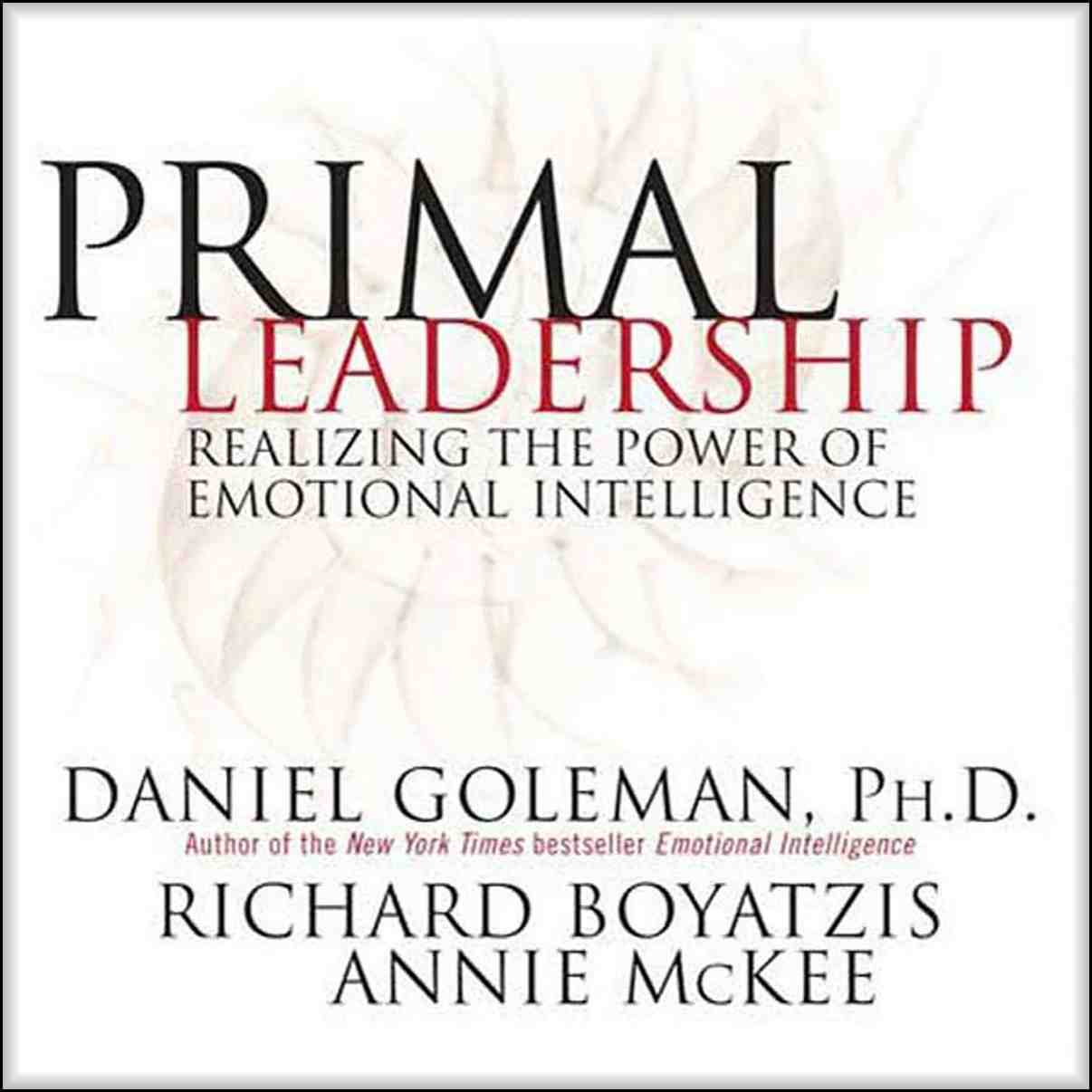 What Is Primal Leadership?

Primal leadership is the business application of "Emotional Intelligence".

It is the capacity of the leader to rouse and focus strong positive emotions in their followers and focus that energy on a specific direction.

A modern example of this was the speech given by Col. Tim Collins' speech to 1 Battalion, Royal Irish Regiment, on 19 March 2003, immediately prior to the invasion of Iraq.

This is the emotional dimension of leadership. It is about the leader’s ability to frame and deliver a message that resonates with their followers’ emotional reality and sense of purpose, and it motivates them to take action in a specific direction.

Daniel Goleman, Richard Boyatzis & Annie McKee in 2002, introduced the concept in a book of that name which was updated in 2013: Primal Leadership, With a New Preface by the Authors: Unleashing the Power of Emotional Intelligence

The Importance Of Primal Leadership

In an article in the Dec 2001 edition of the Harvard Business Review, Primal Leadership: The Hidden Driver of Great Performance Daniel Goleman introduces the concept and outlines research that he and his team conducted in a study of 3,871 executives and their direct reports and it shows that HOW a leader leads in terms of the emotional resonance they do or don’t generate matters for 2 reasons:

In the current climate of uncertainty people need leadership that offers a measure of re-assurance and certainty of conviction about the direction in which they are being led.

This is important because people cannot work effectively if they are experiencing emotional turbulence. Their ability to get work done depends on their emotions being under control. A leader has to address those often unconscious and unexpressed fears along the way in order to help people keep them under control.

"In the modern organization, this primordial emotional task—though by now largely invisible—remains foremost among the many jobs of leadership: driving the collective emotions in a positive direction and clearing the smog, created by toxic emotions. This task applies to leadership everywhere, from the boardroom to the shop floor."

How The Leaders Emotions Infect The Organisation – The Importance Of Resonance

The central finding of EI research is that emotions are essentially contagious, and thus a leader's attitude and energy can "infect" a workplace either for better or for worse

With this in mind the authors stress the importance of resonance, which is the ability of leaders to perceive and influence the flow of emotions (including motivational states) between themselves and others they work with.

One of the keys to achieving resonance is empathic listening.
[See “The Seven Habits of Highly Effective People” by Stephen Covey]

Emotions are contagious - from the top down

"First, you have to reach within yourself to find out your own truth, because you can’t be resonant if you’re clueless, if you’re pretending, or if you’re just trying to manipulate people.

You have to speak from your heart, and you have to do it in a way that speaks to other people’s hearts. So it takes authenticity. And if you can articulate a positive goal, that is, stay optimistic, enthusiastic and motivated in delivering that message, then what you’re doing is spreading that message and those moods and predisposition to the people you’re talking to.


Self awareness and the 4 building blocks of primal leadership

The 4 building blocks of primal leadership are:

(2) Self-mastery [or self-management of emotion]

How Does Primal Leadership Align With The Themes Of This Site?

Here are a number of touch points