What Is Self Awareness? 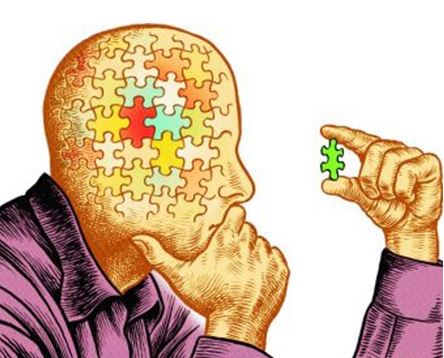 What is self awareness?

Self awareness is how you consciously know and understand your own character, feelings, motives, and desires.

What does self awareness mean?

What is the purpose of self awareness?

The purpose of self awareness is to realise personal benefits, such as:

What Is Self Awareness & How To Develop It?

What Is Self Awareness: [1] "Pay attention to what   bothers you about other people!"

Sometimes the things that irritate you in other people can be a reflection of some aspect you dislike in yourself and thus an area for you to work on.

Also, it can be because they think and process things differently to the way you do, and this can be a prompt you to reevaluate and upgrade your understanding of their "type" [see 8. below]

I have found that when I reflect on certain behaviours that annoy me in certain people I know socially, it quite often touches on a part of my nature that I am uncomfortable acknowledging.

What Is Self Awareness:  [2] "Pay attention to what bothers other people about you."

On occasions you meet and interact with people who for reasons not apparent to you will take an instant and strong dislike to you.

I recall some years ago being very disturbed to discover that there was some man in my social circle called Mike who had an intense dislike of me. I was totally unaware of this at the time and was only made aware of this when another mutual contact happened to mention that he was anxious about an upcoming social gathering because this man and I were both attending the same event.

When I asked him as to why he was concerned he said: " ...but Stephen, don't you know that Mike has real issues with you...?"

I had know idea what he was talking about, but later discovered that Mike found me over-bearing and arrogant and couldn't stand me. I was shocked, because I had no idea about this and couldn't recall any incident or situation that I was aware of, where I may have behaved in this way towards him.

What I eventually discovered was that the issues were on Mike's side and he was reacting to my positive and confident nature, and because I was an articulate confident sales man at the time he felt threatened by just being around me...

The immediate take away from that incident was to make me more self aware of how others may perceive me and to try and be more sensitive.

Now, years later, I have become acutely aware that sometimes I can cause a reaction in people just by being in a room. I don't say this in any arrogant or self-conscious way, rather I have learned a level of self awareness that in certain social situations I need to refrain from saying too much or in come cases just "bless them with my absence"!

What Is Self Awareness:  [3] "Practice mindfulness and observe the repetitive patterns of our thoughts and emotions."

With mindfulness practise you will understand that what matters is not the content of your thoughts but your relationship with your thoughts.

This then leads to the realisation that you are not your thoughts. Please read this article as I have covered this point in some depth here - all based on direct personal experiences: You Are Not Your Thoughts

What Is Self Awareness:  [4] "Know your emotional triggers"

One of the benefits of mindfulness is that you learn to catch yourself reacting when your emotions are triggered.

Having practised mindfulness for about 15 years now I can certainly vouch for the way in which this practice helps me to become painfully and regularly aware of my emotional trigger points.

For example, I am incredibly impatient with other drivers on the road who are (in my view) dithering and driving way too slowly. My reactions are so predictable yet that is one area that I have not yet managed to control!

On bigger issues to do with relationships and things that occur in business I have learned to anticipate my reactions and not engage with my feelings and let them pass.

What Is Self Awareness: [5] "Ask for feedback and listen"

Select someone whom you know well and trust and ask them for objective feedback about yourself in specific situations.

I have asked for feedback from my family and close work associates occasionally, and what I have noticed is the difference between how I think I am talking to people and how they are actually receiving it!

For example, I am told that I frequently adopt a rather curt and bossy style and say things in a way that comes across as though I am telling people what to do. Whereas inside my head, I always feel that I am being very reasonable and helpful!

I understand that this is about tone. Clearly this is a big disconnect between my internal perception of my communication style and the way it is received!

I can't say that I get it right all the time now, but at least I now have an  awareness of the problem and can try to take conscious action to amend it.

What Is Self Awareness:  [6] "Try different experiences - travel or learn a new skill"

Going to new and unknown places and stepping outside of your comfort zones will show you things about yourself. This may be something major like international travel or simply taking on a new interest interacting with a different set of people to your usual crowd.

I have found that working in Singapore and travelling extensively throughout South East Asia and meeting, working with and socialising with people from many different backgrounds has challenged me and helped me in many different ways, and has definitely increased my self awareness.

Contrary to what I expected when I first went to the region, I have learned that as human beings, despite our considerable ethnic and cultural differences, we all have far more in common than surface differences would suggest, and there is far more that unites us than divides us. We all share the same basic needs and have the same broad aspirations for ourselves and our loved ones.

Living, working and socialising under different political regimes is initially very challenging and I have found many of my previous "certainties" very challenged. One of the biggest things I have become aware of is how limited my original perspectives were. Seeing life through the lens of any one of a number of different regimes in S.E Asia causes me to reexamine and rethink some of previous certainties.

One quick example is Vietnam. Spending time there and immersing myself in the modern history and culture of Vietnam has considerably changed my view on communism.

In the past I have always seen communism as a negative influence on a country, and I am old enough to remember the days when Ho Chi Minh was regarded in the west as a rabble-rousing communist threat.

However, seeing first hand the impact of years of oppression initially under the French followed by the American War [as it is referred to in Vietnam], I can now understand that Ho Chi Minh and communism were the "only show in town" at that time.

That is not so say that I now approve of, or support, communism because I don't, but I can now see why at that time it probably was the necessary vehicle for galvanising resistance to western oppression.

As a footnote, to any US readers who may take offence at what I saying, I respectfully suggest you spend half a day in the War Remnants [aka the War Crimes] Museum in Ho Chi Minh and see firsthand the horrendous and lasting impact on the peoples of Vietnam from US use of Agent Orange, and the lasting ecological damage to the landmass of North Vietnam.

I say  the "lasting impact" on the people because there are still children being born with horrendous deformities as a direct result of the genetic damage done to their parents through the indiscriminate use of extremely large quantities of Agent Orange.

It is estimated that c1-1.5mill Vietnamese people are still directly affected by it. There is not a family network in modern Vietnam who do not have at least one present generation family member disfigured or damaged by the use of this in the America/Vietnam war.


What Is Self Awareness:  [7] "Identify cognitive distortions"

Cognitive distortions are inaccurate thoughts and beliefs that distort how we see things, including ourselves. Typically this can be situations where we blame other people or external events for things responses and reactions that are within us.

Fortunately I have no direct experience of this [as far as I am aware] so I do recommend that your read: Cognitive Restructuring: The Complete Guide to Changing Negative Thinking

What Is Self Awareness:  [8] "Take psychometric tests"

Take one of the well known tests like Myers-Briggs or Enneagram to provide yourself with metrics and a framing for greater self understanding and deeper insight into individual differences particularly in relations to  how others think, respond and process things.

This one was a real game changer for me! For many years of my adult life I just could not see how or why other people couldn't see what I could see, why they couldn't assess situations - especially in business- and see exactly what needed to be done [or least what I thought needed to be done]!

One day I discovered the Myers Briggs framework of personality types, and what a revelation! As I scrolled through the summary overview of the key characteristics of the 16 types I could see with painful clarity just how differently we do all think and process things. I also discovered that my dominant type was one which only typifies a small percentage of people. So no wonder I was usually so out of step with most other people around me when it came to thinking styles.

I appreciate the ridiculousness of what I am sharing here, a businessman in his mid forties finally figuring out why most people didn't think like him, but that was my reality.

Ever since then, I have tried to put considerable effort into trying to evaluate and take account of these individual differences.

What Is Self Awareness:  [9] "Make time to clarify your values"

Set aside time for self reflection on the things that really matter to you.
Why are you here? What are you called to do? What makes for a fulfilling life that you can be truly proud of?

I was sitting in a bar in Singapore a while ago with a bunch of expat friends enjoying some beers and a chat. The conversation took an interesting turn when one of them suddenly asked the group:

"If you knew you were going to die tonight and you were given a few minutes to reflect before that happened, what would you say was the meaning of your life?"

On hearing that question I suddenly had a moment of clarity and I realised that for me the answer was (and remains):

"What difference will you make?
What impact will you leave in the lives of others?"

Next Article: Be The Light At The End Of Someone Else's Tunnel

to: Renewing Your Mind