The critical point in a situation, process, or system beyond which a significant and often unstoppable effect or change takes place

Inflection points occur when there is build up of forces, a critical mass, that lead to a spontaneous and often irreversible change of direction.

The word "inflection" is derived from the Latin "inflectere", meaning "to bend."

Example of inflection points are:

Shane Parrish of the excellent Farnam Street which focuses on mental models says:

Inflection Points in Groups Of People 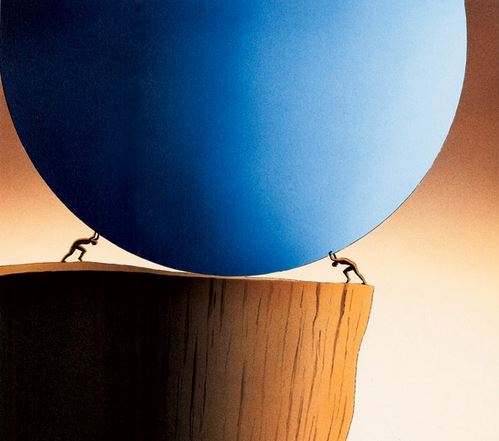 People in groups or crowds behave differently to how they behave as individuals.

Being part of a group causes people to be less inhibited, more rebellious, and more confident. This effect is also referred to as "mob behaviour".

The 19th century psychologist and sociologist Gustav Le Bon author of "The Crowd: A Study of the Popular Mind"  looked at the formation of critical masses of people required to ignite a change. Le Bon proposed the idea of a collective unconsciousness whereby individuals in a group become as “a grain of sand amid other grains of sand which the wind stirs up at will.”

Le Bon suggested that there are 3 key elements which create the critical mass required to ignite a change:

When all three elements are present, he proposed that a group loses its sense of self-restraint and behaves in a manner he considered to be more primitive than usual.

He also proposed that the strongest members (the early adopters] have power over the rest of the group.

Popular journalist Malcom Gladwell author of "The Tipping Point: How Little Things Can Make a Big Difference"cites The Pareto Principle in which I looked at the famous 80/20 rule and made the point that within the critical change-making 20% there is smaller subset who are most responsible for instigating the change.

I referred to this as the Fat Tail Fractal Factor which basically means that the 80/20 rule can be applied to itself twice - which in this context means that 1% of a group can account for over 50% of the effect.

Gladwell states that there are 3 categories of people who are instrumental in the creation of tipping points and will likely fall within the 20%:

According to research conducted by Professor Boleslaw Szymanski of Rensselaer Polytechnic Institute the percentage of a population necessary to create a critical mass is 10%, he says:

"When the number of committed opinion holders is below 10 percent, there is no visible progress in the spread of ideas. It would literally take the amount of time comparable to the age of the universe for this size group to reach the majority. Once that number grows above 10 percent, the idea spreads like flame."

Nassim Taleb writing about complex systems  takes this point a stage further with his thoughts on the "intransigent minority" and the "dominance of the minority"and proposes that this minority need be no larger than 3 or 4% of the whole population.

I put more weight behind his views than those of Le Bon and Gladwell because Taleb is [amongst other things] a mathematical statisitician. Interestingly, his 3 to 4% falls illustrates the point made above about the Fat Tail Fractal Factor - specifically the 80/20 rule applied to the 20% i.e. 20% of 20= 4%.

In Summary, All It Takes Is Between 4% and 10% Of Opinionated, Intransigent People To Form A Critical Mass and Create A Tipping Point In A Population

So to conclude, however you "slice and dice" this, somewhere between 4% and 10% of dominant, intransigent, opinionated people who contain some good communicators amongst their number is all it takes to effect a major change in a whole population - whether this constitutes a large group, a whole country or a group of countries.

In my view this is well illustrated by the influence over the past 10-20 years of the so called "liberal elite", and in more recent times "woke thinking" as epitomised by the "cancel culture" that is both endemic and systemic within Western universities, government and public life.

Another example is the current dominance of the minority group "Black Lives Matter" who have hijacked and subverted the race agenda with their skewed viral narrative of the George Floyd tragedy. 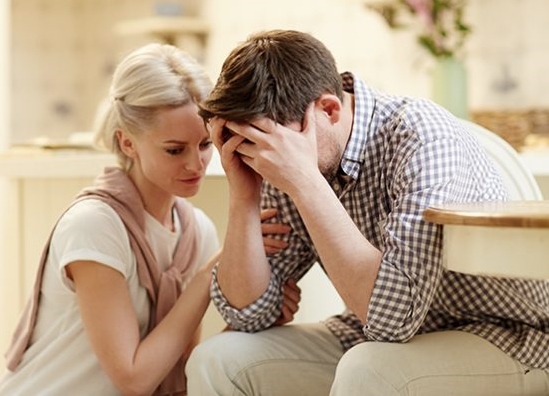 Inflection points in personal relationships affects us all.

How many times in your life have your reached a tipping point in a relationship with someone where you finally decide that "enough is enough"?

In "Knowing When To Quit" I discussed 3 key questions to help you decide when to quit a job or a relationship:

My personal view is that there is an important difference between quitting a project or a job and quitting a relationship:

We all have different thresholds of what we find acceptable and can tolerate in relationships. Here are 3 examples of toxicity in relationships that I have experienced or observed up close.

Have predefined boundaries and "when to quit points"

He has the capacity to further your career or business interests.

# Ask yourself - has this relationship reached a level of toxicity where the pain outweighs the potential commercial gain?

She is so lovely and beautiful that you can't face not having her in your life.

# Ask yourself -  if this woman was physically unattractive how long would you tolerate the kind of behaviour she is inflicting on you?

You are in a situation where the sunk cost fallacy applies. In essence you feel that you have invested so much time, energy, money and/or love in someone and the longer you have been together the harder it is to break up... and it becomes a fallacy when it’s pushing you to do things that are making you unhappy or worse off.

# Ask yourself, if he/she had behaved like this in the early stages of your relationship - would you be still be together  now?

This one applies in mentoring situations and/or situations where your protective and supportive nature is heavily invested and your natural courtesy and your values keep you going longer than you should....

# Apply the "3 strikes and you quit" rule. If the other person has persistently continued with their toxic behaviour despite your requests for them not to behave like this then their behaviour shows their true current priorities, and to mix our metaphors, I would suggest that you stop "casting your pearls before swine".

[i.e. you are wasting your time by offering something that is helpful or valuable to someone who does not appreciate it or understand it.]

As a footnote, I have found that the older I get the less tolerant I become as I have seen it all before and recognise the patterns of behaviour earlier, plus life is so short and I want to optimise my time, my energy my friendship and my love.