The First Key Is Just To Be Less Sure About Everything, And Then Apply Probabilistic Thinking. 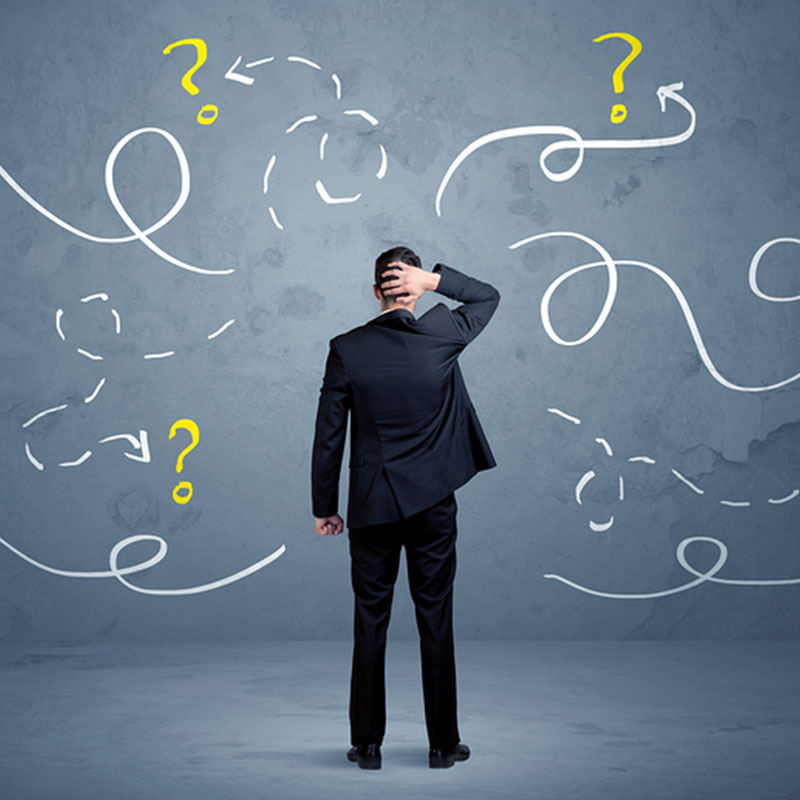 To set the scene for improved decision making let's consider this TED presentation by Julia Galef in which she argues that having good judgment, making accurate predictions, making good decisions, is mostly about which mindset you're in.

Why you think you're right - even if you're wrong - aka "Motivated Reasoning"...!

Soldier Mindset - Defend At All Costs

"So I'd like you to imagine for a moment that you're a soldier in the heat of battle. Maybe you're a Roman foot soldier or a medieval archer or maybe you're a Zulu warrior. Regardless of your time and place, there are some things that are constant. Your adrenaline is elevated, and your actions are stemming from these deeply ingrained reflexes, reflexes rooted in a need to protect yourself and your side and to defeat the enemy."

"So now, I'd like you to imagine playing a very different role, that of the scout. The scout's job is not to attack or defend. The scout's job is to understand. The scout is the one going out, mapping the terrain, identifying potential obstacles. And the scout may hope to learn that, say, there's a bridge in a convenient location across a river. But above all, the scout wants to know what's really there, as accurately as possible. And in a real, actual army, both the soldier and the scout are essential.

But you can also think of each of these roles as a mindset - a metaphor for how all of us process information and ideas in our daily lives".

Julia closes her presentation with a question:

"...if we really want to improve our judgment as individuals and as societies, what we need most is not more instruction in logic or rhetoric or probability or economics, even though those things are quite valuable.

But what we most need to use those principles well is scout mindset.

So the question I want to leave you with is:

What do you most yearn for?

Do you yearn to defend your own beliefs?

Or do you yearn to see the world as clearly as you possibly can?"

Here are 3 keys that will improve your ability to predict and assess the effects of your choices and thus lead to improved decision making.

Overconfidence is the bias that is most prevalent, especially among men, the rich, and experts.

Not everyone is overconfident but nevertheless it's a good working rule to assume that you’re more confident about each step of the decision-making process than you ought to be.

So the first key to improved decision making is just to be less sure about everything.

If you can accept that you're most likely to be over-confident about the logic of your decision making process then consider alternative outcomes than the ones you expect or are hoping for.

[2] “How often does that typically happen?”

The best start point for improved decision making is to ask the question: “How often does that typically happen?”

For example, if you are considering working with a business startup, you could ask: "What percentage of startups fail/succeed?"

This will help you form a prediction. It is referred to as the base rate or as I would refer to it, the base line.

You can ask the same question when you are making a judgement call on potential outcomes, for example: "What percentage of times has outcome A occurred compared with outcome B?"

The aim with both the prediction and the judgment aspects of improved decision making is move beyond the specifics of the  scenario under review and to look at the broader picture with other similar scenarios.

"Probabilistic thinking is essentially trying to estimate, using some tools of math and logic, the likelihood of any specific outcome coming to pass."

"Successfully thinking in shades of probability means roughly identifying what matters, coming up with a sense of the odds, doing a check on our assumptions, and then making a decision.

More people talk about probability than use it to think and make decisions.

Probability is full of nuance not the convenience of black and white thinking.

We can act with a higher level of certainty in complex, unpredictable situations.

We can never know the future with exact precision.

Probabilistic thinking is an extremely useful tool to evaluate how the world will most likely look so that we can effectively strategize."

In a recent tweet storm Shane expanded on this very succinctly:

The ABC of probabilistic thinking:

This is about living with complexity and improved decision making based on probabilities.

# Attach Probabilities To Each

# Apply Bayesian Thinking - by reviewing each new variable in the context of all prior information you hold and see if it:


# Understand The Variations - are you are dealing with variations within a predictable variation from the mean [Bell curve] or are there extreme variations [Fat tail] which have a higher probability of occurring.

# Understand Your Optimism Bias - our probability estimates are more likely wrong on the over optimistic side and also more likely underestimated on the side of something going wrong.

The Good Judgment Project [GJP] was formed in 2011 with the objective of finding out whether some people are naturally better than others at prediction and whether prediction performance could be enhanced.

The Good Judgment Project was one of five academic research teams that competed in an innovative tournament funded by the Intelligence Advanced Research Projects Activity (IARPA), in which forecasters were challenged to answer the types of geopolitical and economic questions that U.S. intelligence agencies pose to their analysts.

The IARPA initiative ran from 2011 to 2015 and recruited more than 25,000 forecasters who made well over a million predictions on topics ranging from whether Greece would exit the eurozone to the likelihood of a leadership turnover in Russia to the risk of a financial panic in China.

The Good Judgment Project decisively won the tournament—besting even the intelligence community’s own analysts.

The Good Judgment Project identified the traits shared by the best-performing forecasters in the Intelligence Advanced Research Projects Activity tournament, and these are all qualities required for improved decision making:

When To Trust Your Gut