There Is More To You Than Meets The IQ Test

Gardner's Multiple Intelligence Theory Suggests That You May Be More Intelligent Than You Thought You Were! 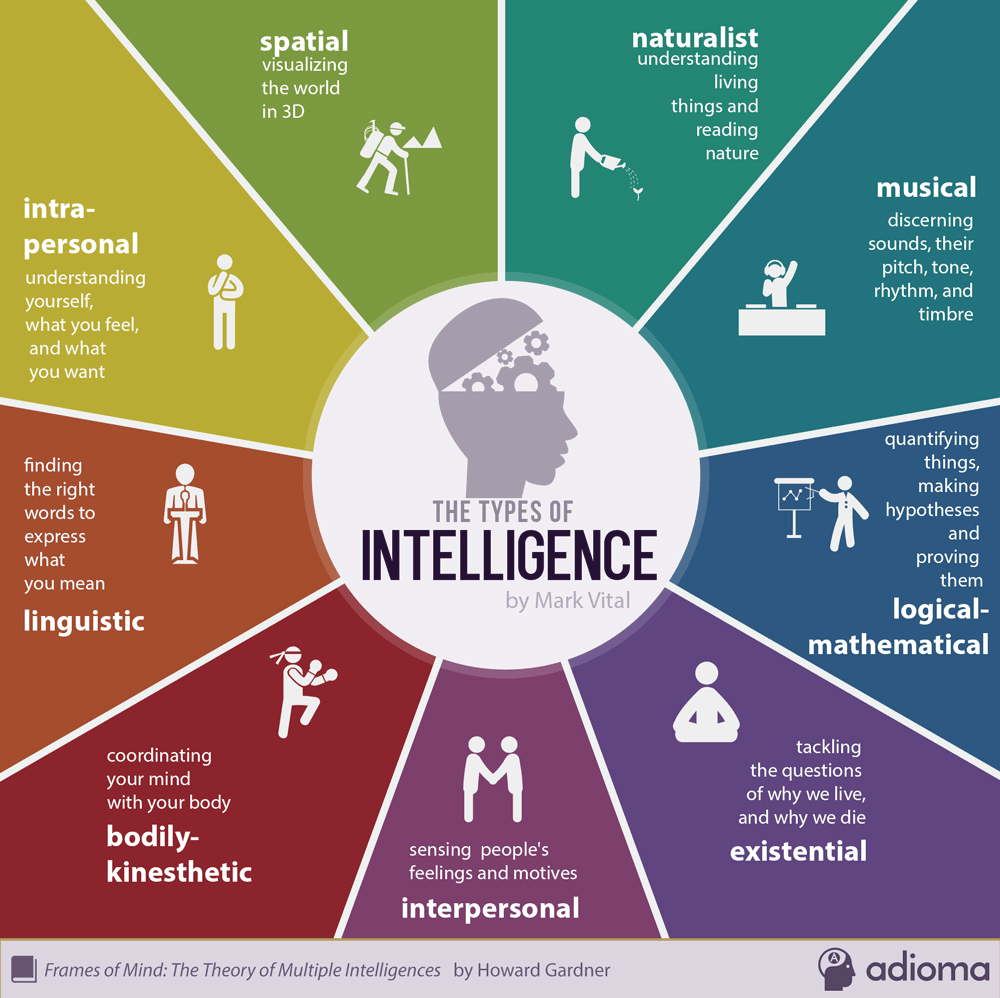 What is Multiple Intelligence Theory?

[2] Multiple also intelligence theory proposes that you are not born with all the intelligences you will ever have and that intelligences develop in relation to your life experiences.

[3] Multiple also intelligence theory proposes that you have a distinct intellectual profile [comprising multiple intelligences] and that profle will be determined by your life experiences.

Gardner developed MI theory in the late 1970s and early 1980s. In doing so, he drew on evidence from a wide variety of sources, disciplines, and research traditions.

The theory is a critique of the standard psychological view of intellect: that there is a single intelligence, adequately measured by IQ or other short answer tests.

On the basis of his research, Gardner claimed that human beings have a number of relatively discrete intellectual capacities. Whereas IQ tests assess linguistic and logical-mathematical intelligence, and sometimes spatial intelligence; and they are a reasonably good predictor of who will do well in a traditional modern secular school.

But Gardner suggested that the traditional way of measuring intelligence by I.Q testing is far too restrictive and is biased to certain types of individuals with over emphasis on reading, writing and arithmetic skills alone, and a person’s future success is judged accordingly.

Garner concludes that everybody’s mind is different, and that no two profiles of intelligence are the same.

For an expanded overview and summary critical evaluation:

I had a direct experience of this several years ago that confirmed my own opinion of the restrictive nature of the traditional IQ test.

My daughter was at that time an assistant psychologist in a young offenders institution and in preparation for some research tests that she was going to conduct, she undertook some preliminary tests on me. The test was preceded by an intelligence test.

When I took the test I was tired, and feeling stressed and little hung-over and I did not feel that I performed particularly well!

However, when she later showed me the results of the test it indicated a very high IQ score - but what was particularly noticeable to me was that the questions in the IQ test favoured a white, middle-aged, middle class person like me with a strong academic grounding in a classical/grammar school education. Someone of far greater intelligence than me, but who hadn't had the benefit of my type of education would have scored quite poorly.

Here is a more detailed description of: