The Effect of Multiplying by Zero 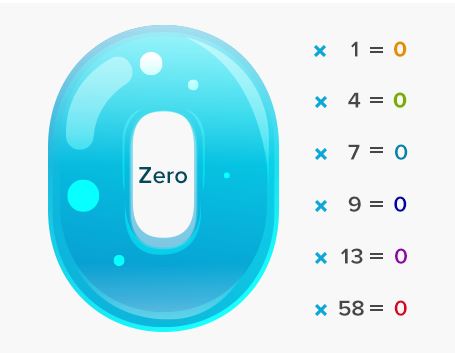 We are all familiar with multiplying by zero from our early school days. Multiply any number by zero and the answer is always zero. e.g. 3 x 0 = 0

You can multiply a whole string of numbers in a series of steps of multiplication and if one of those numbers is zero then the result is zero.e.g. 6 x 82 x 0 x 5438 = 0


In The Weakest Link in the Chain Shane Parrish says:

"Suppose you were trying to become the best basketball player in the world. You’ve got the following things going for you:

1. God-given talent. You’re 6’9″, quick, skillful, can leap out of the building, and have been the best player in a competitive city since you can remember.

2. Support. You live in a city that reveres basketball and you’re raised by parents who care about your goals.

3. A proven track record. You were the player of the year in a very competitive Division 1 college conference.

4. A clear path forward. You’re selected as the second overall pick in the NBA Draft by the Boston Celtics.

Sounds like you have a shot, right? As good as anyone could have, right? What would you put the odds at of this person becoming one of the better players in the world? Pretty high?

What are your odds now?

This little exercise isn’t an academic one, it’s the sad case of Leonard “Len” Bias, a young basketball prodigy who died of a cocaine overdose after being selected to play in the NBA for the Boston Celtics in 1986. Many call Bias the best basketball player who never played professionally.

What the story of Len Bias illustrates so well is the truth that anything times zero must still be zero, no matter how large the string of numbers preceding it. In some facets of life, all of your hard work, dedication to improvement, and good fortune may still be worth nothing if there is a weak link in the chain."

In an additive system:


Why Does This Matter?

Many businesses fail to make the distinction and assume they are in additive system where piling on new innovations and making changes to the operating model will lead to improvements, whereas in-fact they are in a multiplicative model where the success of the business is dependent on complete reliability and good performance from all components and if they fail in one - for example customer service - regardless of the innovations and changes, they will fail in all.

Similarly at the individual level you may have many things going for you in your personal or working life, but it you have one significant weakness - for example your interpersonal skills are poor - then it will impede your progress in either or both areas of your life.

So in each scenario, multiplying by zero will [over time] wipes out the entire effort and leads to total failure.

Return from "Multiplying By Zero" to: Mental Models