Whats In It For Me? 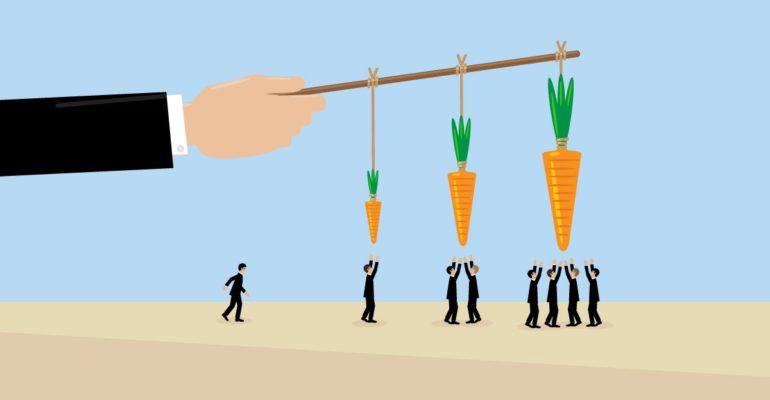 Incentives can be simply defined as anything that motivates or encourages someone to do something.

Warren Buffett's long term business partner Charlie Munger is of the view that there are few forces more powerful:

"Well, I think I’ve been in the top 5% of my age cohort all my life in understanding the power of incentives, and all my life I’ve underestimated it. And never a year passes but I get some surprise that pushes my limit a little farther."

He give the example of Federal Express as one of his favourite examples of the power of incentives and ensuring that they were aligned with the business goals:

"The heart and soul of the integrity of the system is that all the packages have to be shifted rapidly in one central location each night. And the system has no integrity if the whole shift can’t be done fast.

And Federal Express had one hell of a time getting the thing to work.
And they tried moral persuasion, they tried everything in the world, and finally somebody got the happy thought that they were paying the night shift by the hour, and that maybe if they paid them by the shift, the system would work better. And lo and behold, that solution worked."

Some years ago I researched and published an article: Merger failures, value destruction and cultural conflicts in which I looked at the research evidence on what so many mergers failto achieve the intended "synergies". For those not familiar with the concept, technically speaking, "synergy" is defined as the increase in the merging firms’ competitive strengths and resulting cash flows beyond which the two companies are expected to accomplish independently.

The overwhelming factor in the high rate of merger failures and value destruction was people related issues.

I noted that a study of 40 British companies, reported that all 40 conducted a detailed financial and legal audit of the company they intended to acquire, but that not even one of these same companies made any attempt to carry out an audit of the company’s human resources and culture to assess the challenges concerning integration of the organization they were acquiring.

Given that companies engaging in merger and acquisition [M&A] activity all have teams of expensive professional advisors, I speculated on why the people side was neve included in the due diligence process:

"What really bothers me is the way the system currently works for remunerating all of the professional advisors who provide services to the corporate world.

...they have a potentially massive short-term advantage for 'pushing the deal' - and absolutely no linkage with the outcome of their 'professional' advice and the likelihood of taking their deal into the 70% of merger failures."

In the examples above we have considered incentives in a business context but now I want to briefly outline how we can apply the mental model of incentives to everyday life.

The main reason for seeking to understand incentives in everyday life is to understand the motivations of other people and to see what it is they really want.

Moving away from the structured environment of the workplace and business interactions, money and status are not the only incentives.


In More In Common I noted that:

"I recall becoming very aware of this when I first traveled to, lived and worked in various countries in  S.E.Asia. I noticed very quickly that despite our ethnic, cultural other differences at root, we all want the same things. We value the same things. We see things in the same way.  We have more in common.

I recently read an important piece of research that, unlike most studies which focus on differences, took a very large dataset and calculated the similarities between populations:

A recent study undertook a large international survey of 86,272 people and categorized them by age, gender, education, nationality, education, and religion. The survey asked them all questions to gauge their values around 22 different topics (trust in science, the importance of education, morality, etc.)

The researchers then cross-analyzed the data in every way they could to determine which groups of people around the world are the most similar and dissimilar.

Given the commonality between most people, in everyday life a very good starting point for gaining insight into someone else's motivation is empathy.

The more you know about that person the more you will understand what incentivises their behaviour.

Return from "Incentives" to: Mental Models