We Confuse The Map With The Territory

We confuse map and territory.

There are two types of map:

In both cases these maps are abstractions of reality and they can include descriptions, theories, and  models.

All maps are imperfect:

This is important to keep in mind as you think through problems and make decisions.

The problems arise when you confuse map and territory.


In other words, your perception of the world could be different from the real world.

While it might sound too obvious, a surprisingly large number of people tend to confuse their beliefs with reality.

The map and territory concept was developed by noted mathematician Alfred Korzybski  to explain the fact that belief is different from reality, and he coined the popular phrase: "The map is not the territory."

When Korzybski talks [in the quote in the graphic at the top of this article] about a "semantic disturbance" being set up, what he is talking about is the limitations of language.


These limitations cause the loss of meaning to become exacerbated as the words we use to describe something are always heard or read within a language, a context and a framing.

Getting Stuck With The Map and Territory 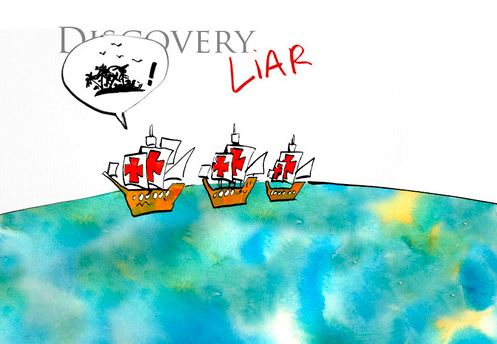 
We create abstractions, concepts, beliefs and maps to try to make sense of the complex world we live in.

In Conscious Thinking we noted that:

"Human intelligence has a serious limitation. It is a scanning system of conscious attention, and that scanning system is linear—it examines the world in lines, as you would pass a flashlight beam across a darkened room, focusing on one thing at a time, sequentially.

But the real world doesn’t happen one thing at a time, one thing after another. The real world is multidimensional, with a lot happening all at once, and it comes at us so fast and all at once in such a way that we could never scan it in the narrow focused linear way humans typically think"

What you may not so aware of is how your unconscious internal filtering mechanism shapes and creates your internal representations of the landscapes we experience and observe.

All of this can cause you to get stuck in your beliefs and perceptions of the world and blind you to seeing the world for what it is.

So it is important to understand that your abstractions and perceptions are at the very best a hazy approximation of the real world.

If you believe 100% in your own version of the event and convince yourself that it is what happened, you could be entirely wrong.

Excellent and comprehensive article from Shane Parrish of Farnam St: The Map Is Not The Territory

Return from "Map and Territory" to: Mental Models