The Value Of Slack

You Waste Years By Not Being Able To Waste Hours 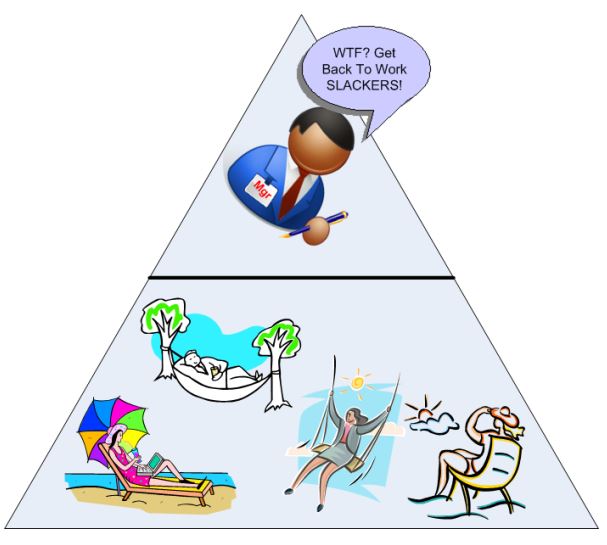 Slack can be defined as free or spare time, as an underutilized resource or in an engineering context as inbuilt redundancy, and when applied to a person as in everyday speech: "cutting her some slack",  it means giving someone space.

In summary it consists of excess resources - that could be time, money, people on a job, or even expectations. It allows some wiggle room to respond to changing circumstances. It allows a margin for error and space for reflection and experimentation.

There is a wide spectrum of points at which people and resources can be said to most efficiently optimized and it depends on the context.

At one end of the spectrum there are some contexts where a lot of slack is perfectly justified and desirable, such as with armies. Ideally we don't want armies to be used at all  and the more slack armies have the better.

At the other end of the spectrum there are contexts where minimal to no slack is the best position. We don't want a brain surgeon to have slack mid-operation.

Then there is the mid-point space which includes most of us when we are engaged in projects and tasks that involve a deliverable and a timeline for completion.

Being Seen To Be Busy

Organisations that have a culture of busyness can become cultures of "being seen to be busy".

I recall the first major IT programme I worked on 25 years ago and being impressed with the endless rows of hundreds of business analysts and software developers beavering away on their laptops.

After I had been there a few days I came to realise that most of them were not working productively and were just filling in their time looking busy.

Needless to say this IT programme was failing and my remit was to work with the programme manager and programme director to resolve the problems and help them get it back on track.

The issue that led to this rampant "being seen to be busy" culture was the failure of the middle managers to provide their teams with clear objectives and defined deliverables.

They blamed the client company for lack of clarity about the requirements. But the real problem was that the programme manager and the programme director whilst being exceptionally bright and technically competent did not have the capability to manage their managers in a way that delivered results.

I resolved this by bridging that gap and giving the the teams very clear and precise instructions, addressing all points of clarification, and giving them defined deliverables against fixed milestones. Then I managed them very closely to get the results.

We changed the culture to a delivery mentality and encouraged slack time to be used productively in reflection and informal discussions to come up with creative solutions and solve problems.

We delivered this $50 million dollar programme in budget and on time.

My experience on this programme, and in many other business situations, has convinced me that the return on investment [ROI] on slack time can massively exceed the apparent cost of lost short-term productivity.

Slack Versus An Obsession With Efficiency 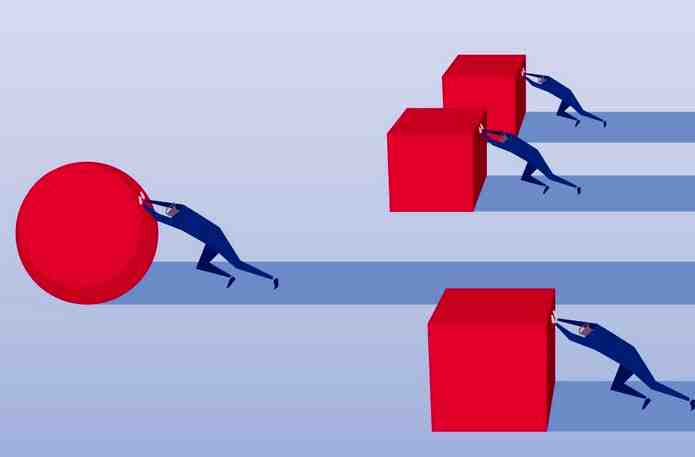 Many organizations are obsessed with efficiency and try to ensure that every resource is fully utilized. These organizations often have a culture where people are expected to work ridiculously long hours.

In our personal lives many of us are also obsessed with the chimera of maximum efficiency, and we stuff our schedules full of tasks that occupy every waking hour.

But this corporate and personal obsession with efficiency fails to understand that efficiency and effectiveness are not the same thing, we need slack.

In a world of manic efficiency, slack often comes across as laziness or a lack of initiative.

Without slack time, however, we know we won’t be able to get through new tasks straight away, and if someone insists we should, we have to drop whatever we were previously doing. One way or another, something gets delayed.

This increase in busyness may well be futile, as author Tom DeMarco says:

“It’s possible to make an organization more efficient without making it better. That’s what happens when you drive out slack.

It’s also possible to make an organization a little less efficient and improve it enormously.

In order to do that, you need to reintroduce enough slack to allow the organization to breathe, reinvent itself, and make necessary change.”

Getting To The Train On Time

I recall a situation about 15 years when I took my son to the railway station. This involved a drive from the small commuter town where we lived into the neighbouring city.

My son was aged about 20 at the time and obsessed with  a "just in time" mentality. [Or as I put, leaving things to the last minute.]

On the day in question my son had allowed just over 20 mins to catch his train. I was able to drive fast, there were no hold ups and we got to the station in 22.5 minutes and he caught his train.

I made the point that the driving conditions had been exceptionally favourable and normally I would allow  45 minutes to make this journey, 30 minutes for the drive and a further 15 minutes for unexpected hold ups.

He did not agree.

The next time he needed a lift to the station, he did not allow sufficient time, there were hold ups and the trip took 45 minutes and we arrived at the station late and he missed his train.

"I told you so!" were my parting words as he got out of the car.

When he returned a few days later I asked him how long he had had to wait for the next train. "I didn't" he said, "the train was delayed and late leaving so I caught it..." which rather undermined my position!

Slack Allows Us To Deal With The Unknown 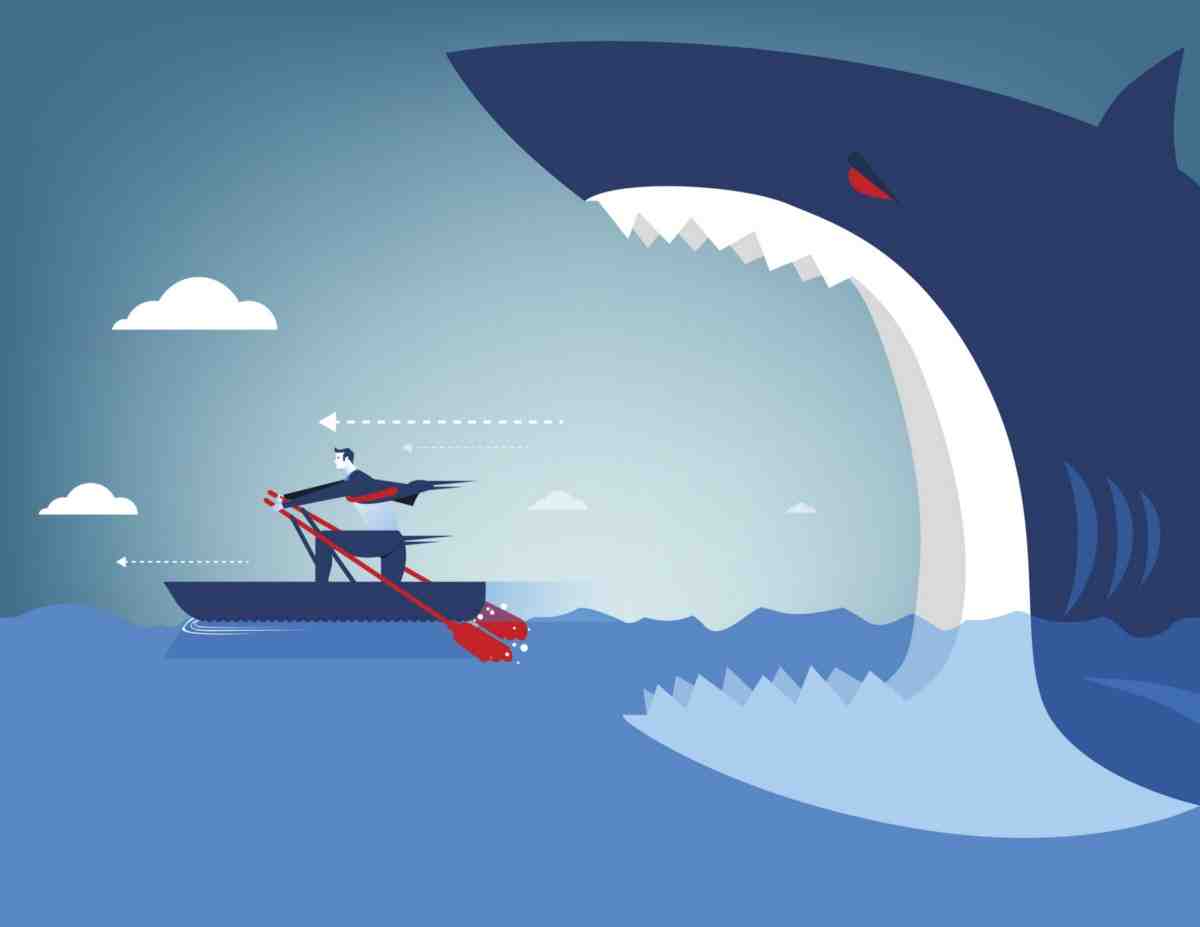 It comforts us to believe that the world works in simple and predictable models. While this may be true much of the time, there are rare and unpredictable events, known as black swans which are events that are difficult to predict, occur very occasionally and have potentially extreme consequences.

Rather than just maximizing our opportunities during non-black-swan times, survival depends on our ability to weather black swans.

In addition to black swan events, there are many unexpected things that can go wrong and work against us.

In all of these situations this is where slack helps us prepare for the unexpected by allowing us to have back ups and options.

The best way to be prepared for these unforeseen events is to understand and develop the qualities of antifragility. This is a phrase coined by Nassim Taleb and it describes  the quality of something that gets better, or thrives, in the presence of disorder.

Two Is One And One Is None

Members of the US military have a maxim: “Two is one and one is none.”

If you bring one piece of gear on a mission, it’s bound to break, and when it does, you’ll find yourself in trouble.

Far better to have not only a Plan A and a Plan B, but a Plan A, B, and C. Former Navy SEAL Richard J. Machowicz calls the intentional creation of strategic back ups “advantage stacking”:

“...you want to stack so many of the advantages in your favor that, when the order comes, when the opportunity presents itself, you can’t help but win.”

“Two is one and one is none” may sound fatalistic, but it’s also realistic; Murphy’s Law is far too often in effect.

Not Missing My Flight

I have always been a bit of a boy scout and always try to think ahead and think around corners and  try to prepare for the unexpected.

An example of this occurred before the pandemic, and before I left Singapore and returned to the UK.

When I am flying I have a habit of allowing an extra hour and half on top of the check in time advised by the airline. This is my wiggle room  to allow time for if the taxi is late or doesn't show up, or if the traffic is heavy and causes a delay.

I get to Changi airport early, order a coffee, set up my laptop and do some work. I take the view that as I am going to be working anyway, rather than do it at home, I might as well do it at the airport.

On this occasion I got to Changi early walked round to the back of the taxi to get my bag out of the boot only to find the taxi driver in a state of agitation. The key to the boot had broken and he couldn't open the boot.

Fast forward 2 hours and eventually I got my bag and headed up to the departure lounge - and still with time to spare.

How much wiggle room do you have in your life?

Approximately 63% of Americans live from one pay check to the next, 40% could not meet an unexpected expense of $400 and 44% were living beyond their means before the pandemic started.

The figures here in the UK are similar with approximately 50% of the population financially vulnerable, that is to say who might be impacted by a financial event and have no mechanism to deal with it.

Life is uncertain. There are many threats to our health, wealth and general well-being.

The 2008 banking crisis brought the world within days of a systemic collapse of the world's financial systems. It has been said that society is only ever 5 days away from the stone age. We came close.

The debt has not disappeared it just shifted from the private sector to the state...

Here in the UK a recent BBC programme posed the question: Are we on the road to civilisation collapse?  It analysed and considered the contributory factors that have led to demise of many civilisations over the past 5,000 years and common factors include:

Several of these factors are having global impact in the present age.

It's not just about money

One of the things I have noticed living and working in South East Asia is the difference in how much people support and help each other - in family networks and in neighbourhood networks.

The stronger societies such as Vietnam are those where mutual support  - via family and community networks - seems to part of the social DNA.

I would suggest that the strength or weakness of your personal family, neighbourhood and work related networks are an important measure of how much slack you have in your life.

It's not just about the big things

You may choose to take a fatalistic attitude to black swan events, but I would suggest that there are many ways in which you can create more slack in your everyday life to ease the stress of things going wrong. I have given a couple of simple examples above, and in my experience creating more slack is possible when we look for it.

The other benefit of having more slack in your life is that you give yourself the space to spot and exploit opportunities.

Focus on the consequences not the probability of it happening

As you are reviewing your everyday life and looking to introduce more slack, focus on the consequences of problems and opportunities [which you can know] and not on the probability of it happening [which you cannot know].

Build in slack where the consequences are greatest.

The cumulative effect of building slack into many areas of your everyday life can add up to can add up to disproportionately large benefits.

The value of slack in your life is the capability and capacity it gives you to make change in your life and the resource to deal with the unexpected.

How much slack do you have in your life?

6 Tips To Help You Stop Trying Too Hard

Return from: "The Value Of Slack "