Success Is The Exception Rather Than The Rule

There is a fundamental misunderstanding of cause and effect, and the difference between correlation and causation. 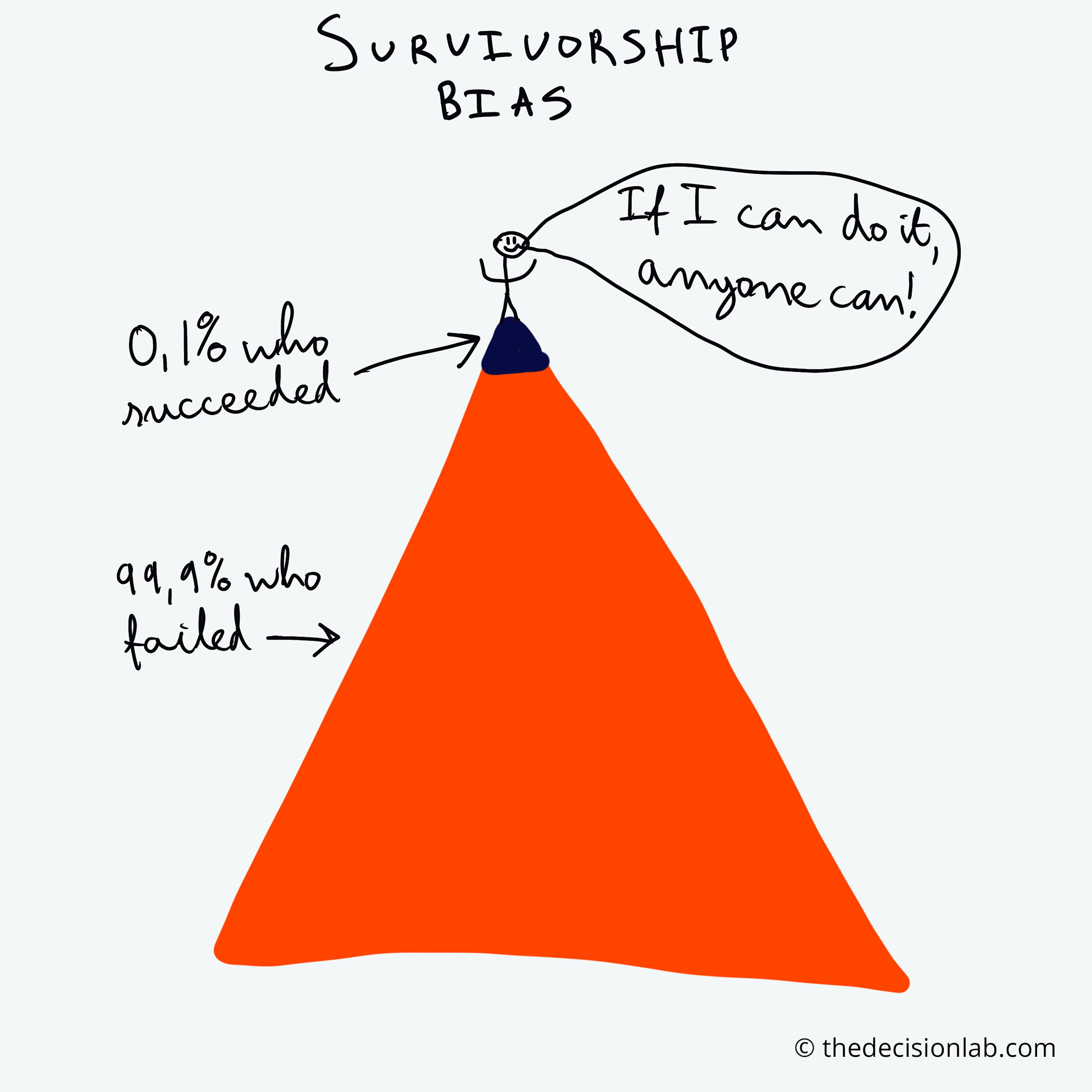 Survivorship bias is a mental shortcut or heuristic that occurs when a visible successful individual [or subgroup] is mistaken as being representative of the entire group, due to the fact that all of those who failed to succeed are not visible failure and are thus disregarded.

This bias can lead to false conclusions about what it takes to be successful and an overly optimistic belief in your chances of success.

As we noted in Why Embracing Failure And Uncertainty Is The Better Option:

"Numerous studies have been undertaken on successful people to understand what it was that they did to become so successful, how they did it and when they did it - and we are led to believe that we too can achieve comparable success if we replicate this.

The Survivorship Bias is a very common cognitive bias, which can be attributed to a fundamental misunderstanding of cause and effect, and specifically with regard to the difference between correlation versus causation.

Causation can be defined as action A causes outcome B.

How To Avoid Survivorship Bias

Another comprehensive and easy to read article from The Decision Lab: Why do we misjudge groups by only looking at specific group members?