3 Keys To An Exit 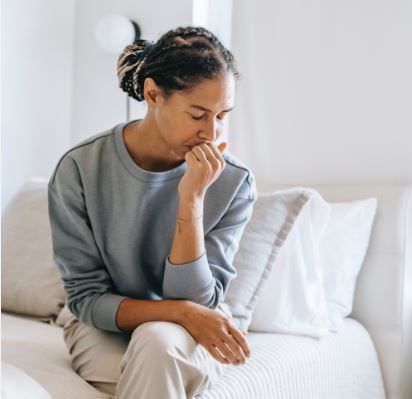 What Are The Wilderness Years?

The wilderness years can be described as any lengthy time, longer than a year, that is spent aimlessly; without an immediate purpose, or without a current goal.

As a place, the wilderness is a region that is uncultivated and uninhabited by humans.

The internal psychological, emotional and spiritual landscape of the wilderness state is one of being unable to find one's way, of aloneness, bewilderment, confusion and disconnection.

The state and experience of the wilderness years differs from similar states such transition or limbo.

The Wilderness Years - The Biblical Story 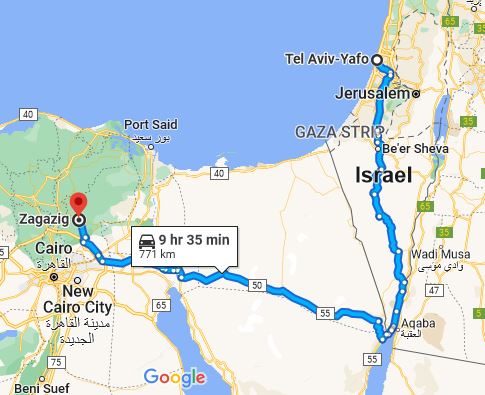 In the sacred books of each of the Abrahamic faith traditions there are references to the presence of what we would now refer to as Israeli tribes located in the land of Goshen, a region within ancient Eqypt.

The Judaic Torah and Christian Old Testament record the legend of the exodus of these tribes c 1200 BCE from the bondage of slavery in Egypt, under the leadership of Moses, towards what they believed to be their promised land known as Canaan or Palestine.

The land of Canaan was located in the Levant region of modern Lebanon, Syria, Jordan, and Israel. This was the land they believed to be promised to them by their god JHWH (Jahweh/Jehovah)

Leaving aside all modern sensitivities and sensibilities about land grabs and genocide, and the theological difficulties of how a God of love could sanction such a strategy, this was their goal and destination.

The modern Egyptian city of Zagazig is located north of Cairo in the eastern part of the Nile Delta. This area was known as the land of Goshen in ancient times. The modern Israeli city of Tel Aviv (Jaffa to the ancients) is located on the Mediterranean coast and could be regarded as the coastal epi-centre of ancient Canaan.

According to Google maps the distance between these two cities is 779 km which takes 9 hours 19 mins by car, and 153 hours if you were sufficiently foolhardy to walk it.

However, looking at maps based on that historical period you could have made that journey traveling about 200 km and could have accomplished it in about 10 days on foot on the Horus Way – the ancient Egyptian equivalent of a modern coastal motorway linking ancient Egypt and Canaan. 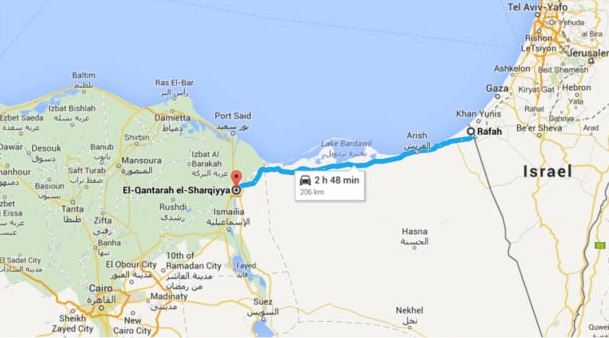 Why did it take so long to travel so little distance?

So why do the narratives of this exodus tell us that it took the Israeli tribes forty years years of meandering around the wilderness regions of the Sinai peninsular to accomplish their objective?

To put this in context, we are talking about several hundred thousand semitic tribes people stuck in transition between Goshen (Egypt) and their promised and declared objective of Canaan - a mere 200km away - for forty years, which was the duration of a lifetime in that era.

So what happened, and why?

According to the ancient narrative, their leader Moses sent 12 spies into the land of Canaan to assess the wealth and prosperity of the land they were to conquer, and to assess the strength of the military defences the Israeli armies would have to overcome.

10 spies returned overwhelmed with the potential spoils of victory but entirely negative and defeatist in their assessment of the Israeli's chances of military success. Only 2 spies returned with positive assessments.

The narratives recall that the Israeli tribes-people sided with the negative view and JHWH (their god) was incensed at their:

The wilderness was part of their direct route to the "promised land" and should have taken about 10-12 days if they had followed the direct Horus Route. But they spent 40 years meandering around the Sinai Peninsular because of their negativity and lack of faith in their god to empower them to take possession of the land by "divine right of conquest".

What they had to learn

The narrative recounts how that JHWH cursed them to spend 40 years in transition until that generation of no faith had all died, and a new generation emerged with a:

These themes are universal to the transition experience.

Damaging diversions and distractions before the transition is complete

However, the narrative recounts that their leader Moses had to help the emergent generation address some dangerous and potentially damaging diversions that represented the old way of thinking:

These diversions are the product of the ego mind looking to re-gain control.

The temptation to engage with any of these distractions is totally understandable but ultimately pointless as it will do nothing to progress the process of transition and will likely prolong, or permanently postpone, your emergence from the wilderness years.

Lessons From The Wilderness Years 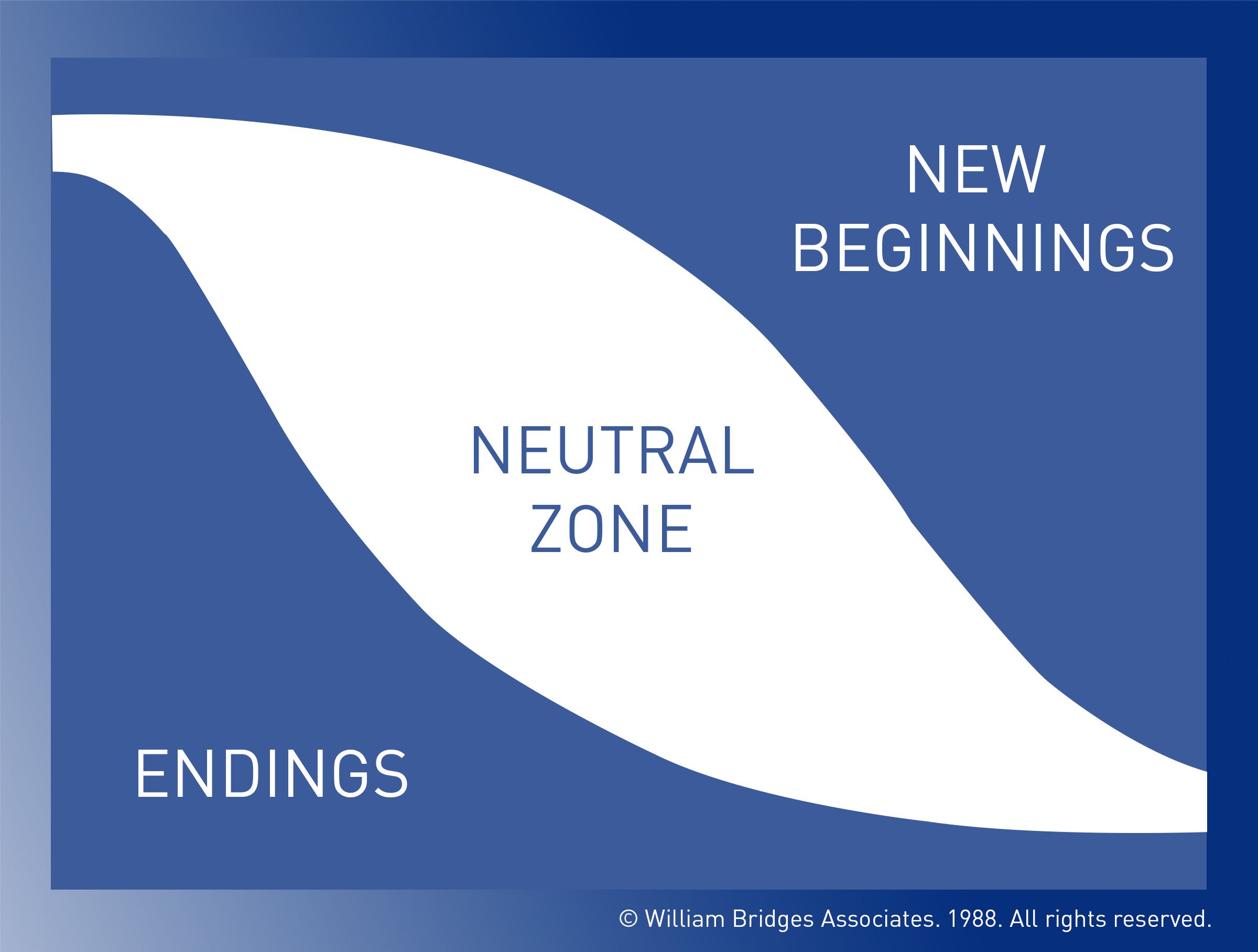 There are many reasons why we can end up in a wilderness experience, here are 3 of the most common:

At time of writing few of us would have anticipated the recent pandemic or the Russian invasion and war of aggression against the people of Ukraine.

Yet these things have happened and the consequences of these events have had a dramatic effect on many people's lives. Lives have been lost, employment and wealth has been destroyed and the societal and political after-effects will continue to work themselves out for years to come.

History is littered with examples of people great and small who have been subject to the experience of the wilderness years.

The reasons for their experience are varied but the dominant theme for those who have successfully emerged is universal:

How you have ended up in the wilderness is of far less consequence than the lessons to be learnt while you are there.

In my experience, there are 3 key lessons to successfully navigating your route to an exit from the wilderness years, you need to:

[a] Recognition and coming terms with that which has ended or been lost.

[b] Moves into a neutral phase where critical psychological realignments and re-patterning takes place.

[c] Finally the new beginning phase where a new identity emerges, a new energy is experienced, together with a  new sense of purpose.

You will remain stuck in the wilderness years until you move through this process.

Life works in cycles and that does involve waiting, and a significant aspect of the wilderness years is a gestation period.

A gestation period can be of varying length, it may be a few weeks of months and it can be many years. As a general rule, the larger the objective and outcome the  longer it takes.

The attrition factor of the endless waiting is what wears so many people down especially when they see little or no growth or progress. This can cause you to doubt your purpose, or succumb to one or more of the diversion and distractions outlined above. In the worst case scenario, to admit defeat and give up.

3. Recognise limbo and transform the "dead time" into "alive time"

Once you have entered the transition process and have understood and accepted the gestation period, the next issue to address is what to do   with your time.

I have found that rather than just sitting around passively in limbo until better times arrive, it works far better to spend your time consciously and constructively learning, growing, developing and growing.

Limbo is transformed when you use it as an opportunity to do what you've long needed to do.

When you emerge from the wilderness years you want to be to look back with a healthy pride and satisfaction at what you have achieved during this time and to have something to show for it.

Next Article: Lost Stuck & Going Round In Circles?

Return from "The Wilderness Years" to: Walking The Talk