How To Be A Stoic 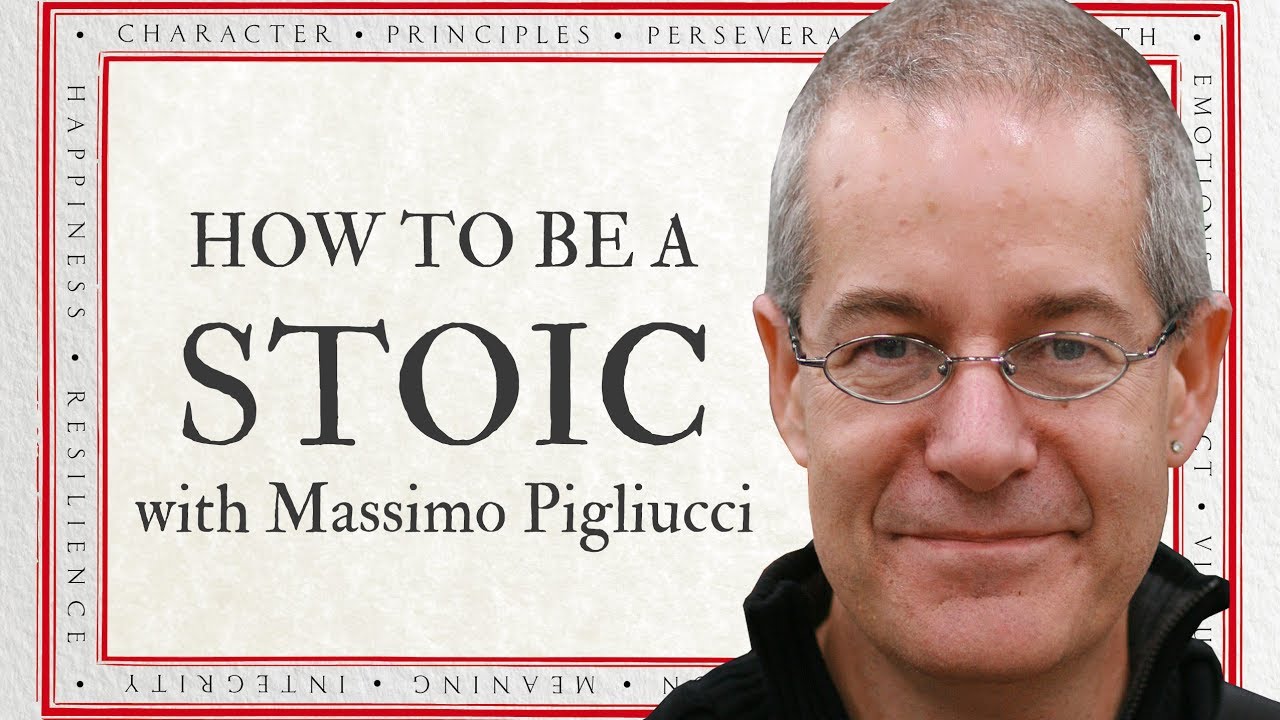 Massimo Pigliucci was born in Monrovia, Liberia and raised in Rome, Italy. He is an extremely well educated man, holding doctorates in genetics [University of Ferrara, Italy], biology [University of Connecticut], and philosophy of science [University of Tennessee].

He describes himself as “..a biologist and philosopher, teaching at the City College of New York”. He moved to the United States 30 years ago and lives in Brooklyn, New York, with his wife Jennifer.

He is a fellow of the American Association for the Advancement of Science and of the Committee for Skeptical Inquiry.

My interest in Massimo Pigliucci is as a philosopher specifically as an pro-active exponent of Stoicism.

In a recent interview for Modern Stoicism he was asked  when and how he first became interested in Stoicism:

"I can tell you the exact date: September 5th, 2014! I had been going through a bit of mid-life crisis, some personal issues (divorce, my father’s death), as well as a transition to a new job and a move to a new city. While not unusual, that sort of things, especially when combined, can take a toll.

So I was looking for a new framework to replace my secular humanism, which I had adopted since I was a teenager and had left the Catholic Church, but which just didn’t seem to offer me any practical guidance on how to navigate what life was throwing at me. After briefly considering Buddhism, it occurred to me that the answer would likely lie in virtue ethics. So I began to study Aristotle, and then Epicurus. Neither of whom clicked, for different reasons (Aristotle is too aristocratic, Epicurus counsels against socio-political involvement).

Then, on that day back in 2014, I saw on my Twitter feed Modern Stoicism’s call to celebrate Stoic Week. And I thought, what the hell is Stoic Week, and why would anyone celebrate the Stoics? But I remembered that Stoicism too was a type of virtue ethics, and that I did enjoy reading Marcus Aurelius in college, and translating Seneca from Latin in high school. So I signed up. And here we are."

To Massimo Pigliucci the most important aspect of Stoicism is that:

"...it is a coherent and eminently practical philosophy of life. Internal coherence appeals to my analytical side, as both a scientist and a philosopher. And practicality is what I came here for."

What does Massimo Piliucci Bring To The Table?

I only recently became aware of Massimo Pigliucci when I was researching material for an article on the meaning of life and I watched, and subsequently posted, a video of a discussion with a panel of experts on rational thinking, and he was one of the panellists.

I found his approach very easy to follow and he seemed genuinely passionate about Stoicism not merely as a set of philosophical ideas but a practice.

This resonates with me because as you will have read on the home page the purpose of this site is to show you how to cope in tough times, and to provide you with the tools to do this successfully.

This site is not about "shooting the breeze" and expressing opinions for abstract speculation, my intention is to ensure that everything I share on this site is:

This last point is very important to me because as outlined above the resources that I share on this site are practise based.

He summarises three basic elements of Stoic practise as:

[1] Living According To Nature

"To live according to nature means to take seriously human nature, specifically the fact that we thrive only in the context of a society and that we are capable of reason.

Three things follow: (1) we are all members of the same human cosmopolis; consequently, (2) we should try to practice oikeiosis, the “appropriation” of other people’s concerns as if they were our own; and, therefore, (3)  a good human life consists in applying one’s reason to improve society."

"The practice of the four cardinal virtues (which turn out to be among a small subset of virtues recognized cross-culturally) of practical wisdom, courage, justice, and temperance.

This practice is an incredibly effective way to orient yourself in life, to prioritize what is important, and to navigate even complex situations in the most ethical way.

Any time you have to make a decision, just ask yourself: is this good or evil (practical wisdom)?

Am I being as courageous as the occasion requires?

Am I acting justly with respect to others?

Am I doing this in the right measure?

You’d be surprised how easy it is to figure out what the right thing to do is, with this compass in hand (whether we actually do it or not, of course, depends on the progress we have made)."

[3] The Dichotomy Of Control

Which is very similar to the Christian serenity prayer:

"The sentiment is found in a number of other traditions as well. Solomon ibn Gabirol, an eleventh-century Jewish philosopher, for example, expressed it this way: 'And they said: at the head of all understanding — is realizing what is and what cannot be, and the consoling of what is not in our power to change.'

Shantideva, an eighth-century Buddhist scholar, similarly wrote: 'If there’s a remedy when trouble strikes / What reason is there for dejection? / And if there is no help for it / What use is there in being glum?' "

$toicism, Broicism, and stoicisM — Part I: it’s not about becoming rich & famous

Diogenes the Cynic vs Elon Musk

Stoicism as a philosophy for an ordinary life | Massimo Pigliucci | TEDxAthens

How To Be A Stoic

The best books on Stoicism recommended by Massimo Pigliucci

Books on Stoics by Massimo Pigliucci

Other Articles On This Site Aligned With This Theme