Life Is A Mystery

It Isn't The Process Of Prayer That’s The Problem, It’s The Way It’s Framed 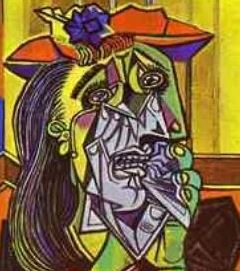 The Madonna song "Like A Prayer" was released exactly 30 years ago this week, at time of writing, and it achieved 3 interconnected objectives:

Madonna described "Like A Prayer" as about a passionate young girl "so in love with God that it is almost as though He were the male figure in her life."

Regardless of what we feel about Madonna or her song the topic of prayer often arouses strong reactions.

Usually, it is something that we associate with organised religion and for most of us this is not on our current radar.

It is also seen by many of us as a sign of weakness or desperation to resort to prayer. We live in a culture of self sufficiency. We are very much a "do-it-yourself" people.

Unless you have been through a recovery programme of one kind or another, turning to prayer as a last resort is seen and felt as a desperate sign of pathetic weakness.

For me prayer has associations with my childhood and the strict and obsessive religious environment in which I was raised.

I have many memories of the unnatural sounding language and the formulaic repetitions.

The overall sense it conveyed to me was of good big God up there and bad little me, and all the other despicable miserable sinners, down here.

The way these prayers were structured it always gave me the impression that unless you spoke in the right "code" - which had to include lots of biblical references - then God couldn't or wouldn't hear let alone respond.

These days I can find a beauty and a meaning in the structured litany and liturgy of the Anglican Church in the Christian tradition, and the vows, invocations and expressions of gratitude and compassion of Buddhism.

But in my early adult life I rejected it all and determined to find my own way.

The modern origins of the word prayer come from the medieval French word "preiere" or "prière" which means to make an intense request, or an appeal to a higher authority about a specific matter.

The french words were based on the Latin "precaria", "precarius" or "precari" all of which have modern meanings "to petition", to be "given as a favour" or "to ask, beg or make an intense request".

In all interpretations, from an etymological perspective, it means that:

For the modern person who is not a practitioner or devotee of a faith tradition this framing of prayer does not resonate and likely provokes the adverse reactions I referred to above.

Framing is all about the words we use to describes things and the feeling those words evoke within us.

So if you change your language you change how you feel about the thing that your words describe.

The word Communion comes from the medieval French word "comunion" meaning "participation in something"; "that which is common to all"; and "fellowship, mutual participation, a sharing".

This in turn is derived from the Latin "com" meaning "with or together" and "unus" meaning "oneness or union".

So when is a prayer not like a prayer?

When it's a communion.

What Is The Context Of Communion?

I have found it helpful to approach this outside of the context of any specific faith tradition. But if you are in a faith tradition that's fine and we are not in argument.

Before I move to directly address the context of communion I would like to direct you to an earlier article on "Living With Your Thoughts" where I proposed a simple model for understanding and developing a good working relationship with your mind and then a section on understanding your selves.

In this article and elsewhere I describe the higher self as your hardwired portal to the universe and everything "out there" - of Consciousness – or The Energy Of Life or the dimension of spirituality.

This context is important because communion with the different levels of your mind and between your many selves unites them together in a oneness that is Consciousness.

This reframed understanding of prayer is expansive and holistic.

Ok, now to address the question:

I see communion as a communing with the various elements or levels of your Consciousness.

Many of the practices shared on this site involve that process:

It also includes communing with the natural world in all of its multitude of various and wonderful manifestations.

One of the most powerful ways of communing with Consciousness is just to be present.

As with any close human relationship sometimes a companionable silence is sufficient.

Other times when you feel the need to say something, share something or ask something - just do it and simply direct your communication to that part of Consciousness you want to address.

This maybe "within yourself" as outlined in some of practices above, or you may want to commune with Consciousness "out there" but either way there is no set formula, there are no magic words, just do it!

You don't have to use the "god word" if it bothers you, just talk to "my higher self" - or you don't need a word at all to name Consciousness just do it.

As with all good human communication between friends, the best communication is spontaneous, authentic and spoken from the heart.

I appreciate that to some readers this may all sound rather odd - but all I can say is that the intentional communication with as much of Consciousness as you are aware of is a deeply enriching and transformative approach to living, and eventually you will find that:

Next Article: Fear Of Missing Out - "I'll Have What She's Having!"

Return from "Like A Prayer" to: Walking The Talk