How To Avoid Wonky Thinking

The human brain is hardwired to deal with immediate threats but in the modern world we live in a delayed benefit environment. 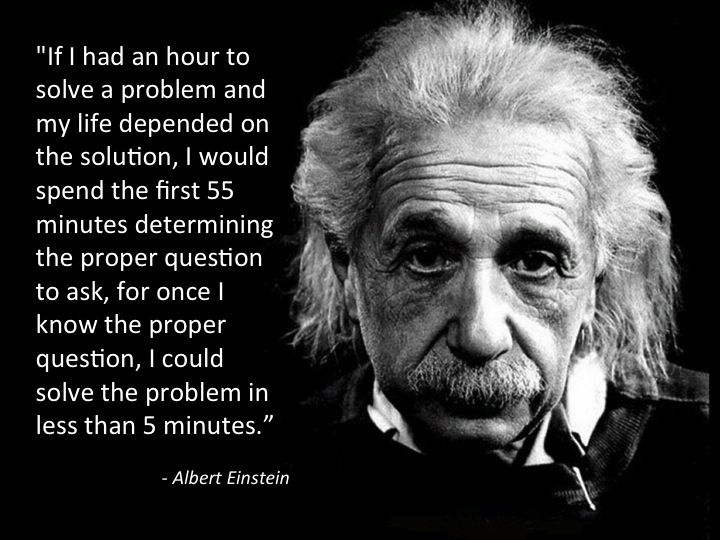 Asking The Right Questions Is Critical To Effective Thinking.

One of the major points of focus on this site is learning how to think and how to apply the most appropriate cognitive processes to the task in hand. In order to be able to do this we need to avoid wonky thinking.

Asking The Right Questions Is Critical To Avoiding Wonky Thinking.

We are hardwired to look for short cuts and that tendency coupled with our cognitive biases leads us to conclusions that confirm what we want to hear. So we should never underestimate our capacity for self-deception and miss-perception.

Recently I was out with my labrador Ben and we were both enjoying our evening walk. It was dark  but with street lighting the visibility was good, but not for Ben!

The lead strained and I could feel him pulling. I glanced down at him and I could see that the fur on his neck and shoulders was sticking up, and he was assuming an attack posture as he intently focused on something that he saw as a potential threat.

Looking up the street I could see nothing that was likely to pose a threat to him.  We carried on walking up the street, and I noticed a large black rubbish bin lying end on to the edge of the pavement.

As we got closer I could feel and see Ben get more and more agitated. When we were about 5 yards away I loosened the lead and watched him sniffing and examining the bin up close and as soon as his sense of smell told that the bin was no threat to his safety his whole posture relaxed, he started wagging his tail and we continued our walk.

Our brains may be hardwired to react to a perceived threat in the same as Ben's did but, unlike Ben, we have better eyesight, a more sophisticated cognitive capability and the capacity for asking the right questions.

Asking The Right Questions For Survival 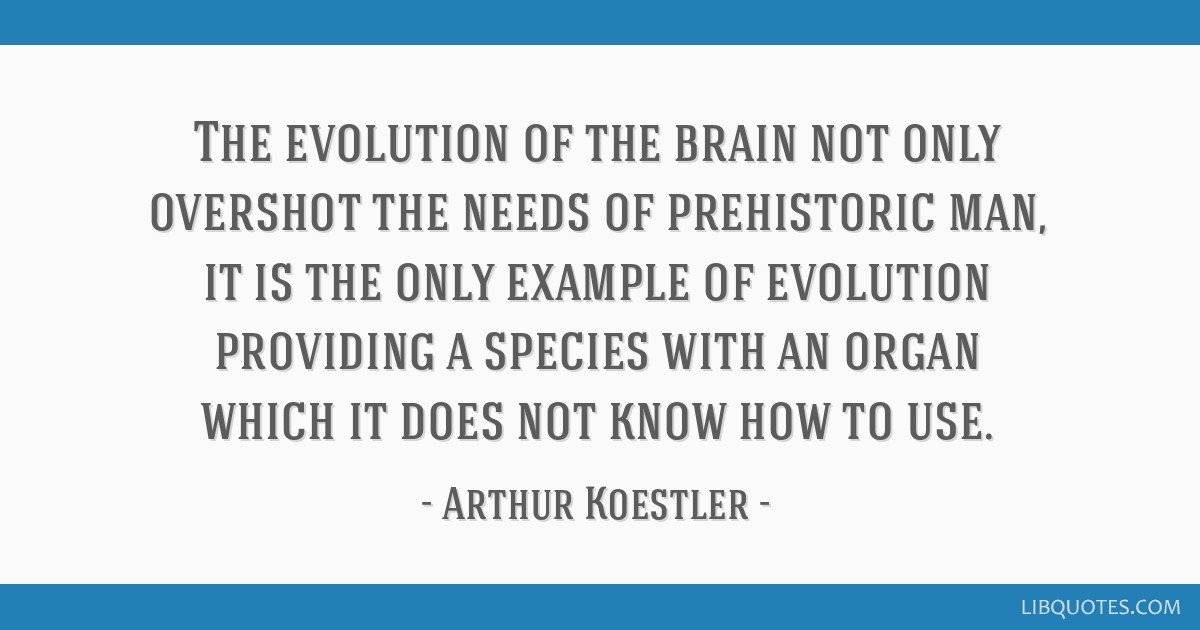 "You are walking around with the same hardware as your Paleolithic ancestors." [James Clear]

The earliest remains of modern humans are approximately two hundred thousand years old and they had a brain relatively similar to ours.

From an evolutionary perspective, back when we were living on the Savannah plains of Africa most of our decisions had an immediate impact on our survival and so we had to think fast.

So it is unsurprising that the natural way we think is to seek a quick and easy solution that addresses the immediately presenting symptoms.

From an evolutionary perspective there was no immediate gain in understanding underlying causes or consequences other than our immediate physical survival. These default thought processes are very similar to everyone else's thinking and lead to similar conclusions.

Our default modus operandi is to use short cuts, reason by analogy and rule of thumb -  basically we are looking for similarities.

Asking The Right Questions In A Modern Environment 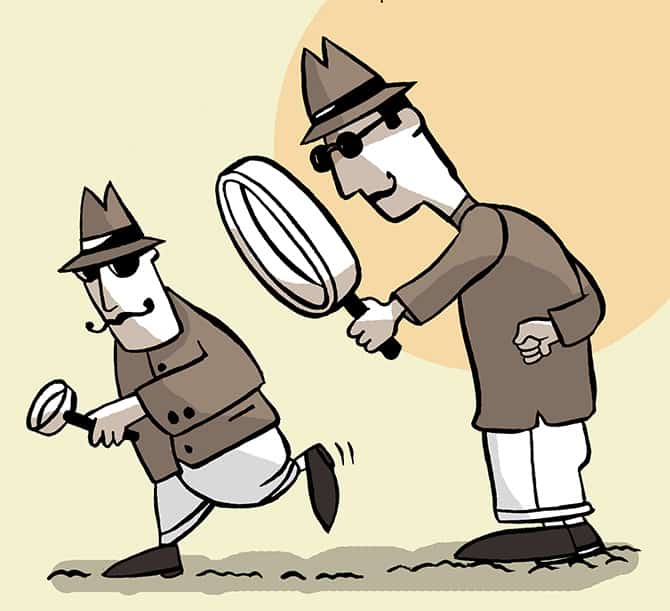 We no longer live on the Savannah plains....

In the modern world  we live in what scientists refer to as a  "delayed return environment" where the ability to accept deferred gratification is critical.

"In modern society, many of the choices you make today will not benefit you immediately…You live in what scientists call a delayed-return environment because you can work for years before your actions deliver the intended payoff."

Living in this modern environment we need to expand our thinking beyond the default response.

We are so programmed to think by way of analogy that it requires conscious effort and application to frame more resourceful questions.

We are not Elon Musk

A good place to start is to use first principles thinking which means that we deconstruct the problem or challenge that we are trying to resolve down to its constituent parts, and then build up from there.

Elon Musk is often cited as one of the best exponents of this approach. Whilst I am in awe of his creativity and his achievements I don't find the comparison between Elon Musk and myself particularly helpful.

I am not building space rockets or tunneling under Las Vegas, I am more concerned with finding practical solutions to infinitely more mundane tasks and situations to do with every day life.


As Einstein said in the picture at the head of this article - the most important part of asking the right questions is to define your problem.

I was staying in an Airbnb with my grown up children and a friend a couple of winters ago.

We had been out for a long country walk and returned to the property with very muddy footwear. The was a general discussion about how we were going to clean our boots without the appropriate cleaning materials and scrubbing brushes.

I applied the first principles approach and decided that all I needed was a sink, a tap, and some sort of scrubbing brush together with a bottle of detergent.

My son came into the kitchen about 30 minutes later and starting telling me off for cleaning my boots in the kitchen sink:

My response was to say that muddy boots were no dirtier than a lot of other things that ended up in the sink and after I had finished I used a powerful detergent and cleaned the whole sink area and bowl and the scrubbing brush.

I told my son that by the time I had finished the kitchen sink area was a darn sight cleaner than it was before I cleaned my boots. I said:

"There is no logic to what you say, your problem is that the idea of washing muddy boots in the kitchen sink offends you."

Needless to say, 30 minutes later I spotted him washing his and his girlfriend's boots in the sink!

This was a typical example of how, in everyday life,  we so often prioritise form over function.

Optimize The Function And Ignore The Form

Because of our our default tendency to think by analogy we focus on appearances and not on why we are doing what we are doing. We focus on form not function.

One of the inherent difficulties of this type of thinking is that we get stuck in the existing ways of doing things because:

We project the current form forward rather than projecting function and abandoning form.

Old conventions and tradition, the ideas we inherit, are presented as form [outwards appearances] and are usually accepted without question. This creates a barrier to truly innovative and creative thinking.

First principles thinking requires you to drop your adherence to prior forms and focus instead on the function.

The Wellington And The Gate

Some years ago my family and I lived in a big house with a drive and a large gate at the entrance.

Many people used the gate and it was always being slammed shut after people came through it.

I was concerned because the joints on the wooden frame at the end of the gate were continually getting damaged as it banged onto the gate post.

I knew that I needed to figure out a practical solution to protect the gate or I was going to have to have spend money replacing the gate and that wouldn't solve the problem.

I went to our local building store and could not find a suitable solution, so I gave it some thought and I realized that what was needed was a heavy rubber pad on the gate post to soften and absorb the shock of the gate bashing into it.

The next challenge was to find a piece of rubber of the right thickness and width to form the pad. I then had a brain wave and recalled that I had a pair of old rubber wellington boots, and that I could cut a chunk off of the sole of one of these boots and create the rubber pad I needed.

But as things panned out, I had the last laugh because the rubber pad saved the gate and it was still in place several years later when we sold the house.

This was a simple everyday example of optimizing function over form. 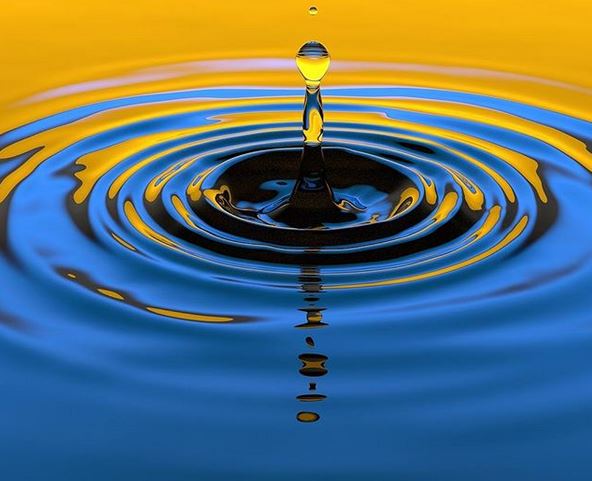 Another important thinking skill is asking the right questions that will take you beyond the obvious and help you avoid unintended consequences.

The Church And The House Next Door

A few years ago I was asked to facilitate a session with the leadership team of a local church. The purpose of this session was to help them decide whether or not to purchase a very large old house that was adjacent to the church and that had just come onto the market.

The vicar and some of the team were quite keen on the idea of purchasing the building with a view to turning into a centre for community outreach and community service.

Other member of the team were against it and the rest were unsure.

The church was close to completing a major fund raising exercise for an extensive modernisation and new build to the existing church site.

Then I asked them to outline the steps and stages that would be involved in making this acquisition and launching this new venture.

This was followed by a followup question as to how they saw this potential project working in practice.

At each stage of this discussion process I asked them to describe the impacts of what they were proposing and how that did or not align with [a] their strategic vision and [b] more practically how it would affect their existing activities and commitments, and most critically [c] how it would affect church finances.

After about an hour and a half it became increasingly apparent to the vicar and  others who were originally in favour of this potential initiative that in fact it could likely prove to be a major distraction from their core activities and a very expensive distraction as well.

How To Win Without Succeeding - Avoid Losing!

Finding Signal In The Noise - How To Avoid The Noise Bottleneck

The Art Of Thinking Clearly - 3 Steps To Clarity

Transformational Life Hacks - To Understand Is To Know What To Do

Next Article: Learn How To Benefit From The Fat Tail Fractal Factor

Return from: "Asking The Right Questions"

To: Walking The Talk