Producing At Your Peak Level With Full Concentration 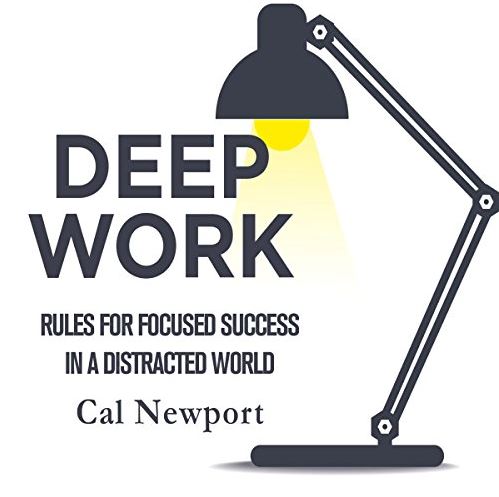 What Is Deep Work?

Deep Work is a reframing for the millenial digitally distracted age of the good old fashioned discipline of applied concentration.

The phrase "Deep Work" was coined by Cal Newport who is a computer science professor at Georgetown University. He has a background in writing articles and producing materials for students to aid and assist their study process.

Aside from his professional academic work, Newport writes a lot about how digital technology impacts people's capacity for focused attention - in terms of reduced capacity to perform because of the endless digital distractions of the modern workplace and our personal use of smart phones and social media.

In this context Newport positions deep work as:

“Professional activities performed in a state of distraction-free concentration that push your cognitive capabilities to their limit. These efforts create new value, improve your skill, and are hard to replicate.”

He has published a popular and well received book on this subject.

His extra-curricular activity in this area  can be summarised as:

The concept of deep work has been rapidly adopted as a useful counter-measure to the prevailing modern working practices which are inundated with unrewarding and unproductive distractions – leading to overwhelm with  emails, meetings, instant communication, constant connectivity, and social media.

The counterpoint to deep work is what Newport has framed as "Shallow Work"  and which he defines as work or mental activity that is non-cognitively demanding and that can be performed while distracted.

Deep Work As An Acquired Competence

Newport argues that the capacity to rapidly mentally get to grips with hard things and the resultant ability to produce at a consistently high-quality level, are core prerequisites for surviving and prospering in the current economy.

“The differences between expert performers and normal adults reflect a life-long period of deliberate effort to improve performance in a specific domain.”

“To produce at your peak level you need to work for extended periods with full concentration on a single task free from distraction.”

Newport sees deep work as a competence that can be acquired with practise and application and his book outlines a series of experience based practical tips  on how to do this.

A secondary focus of Newport's approach in "Deep Work" is the application of several practical strategies for removing (or reducing) the digital distractions that erode the quality time needed to develop and benefit from deep work.

Samuel Thomas Davies has produced an excellent 15 page book summary which you can review online or download.

I recently wrote a piece on Elon Musk in which I noted his reflection that:

“I think it’s very important to have a feedback loop, where you’re constantly thinking about what you’ve done and how you could be doing it better.

I think that’s the single best piece of advice: constantly think about how you could be doing things better and questioning yourself.”

Following Musk's observation I have read a number of in-depth reviews of Newport's "Deep Work", all of which had many positive things to say about the book and his approach. I have curated the following perspectives of what  cross-section of reviewers did not like:

How Does "Deep Work" Align With The Themes Of This Site?

Here are a number of touch points: